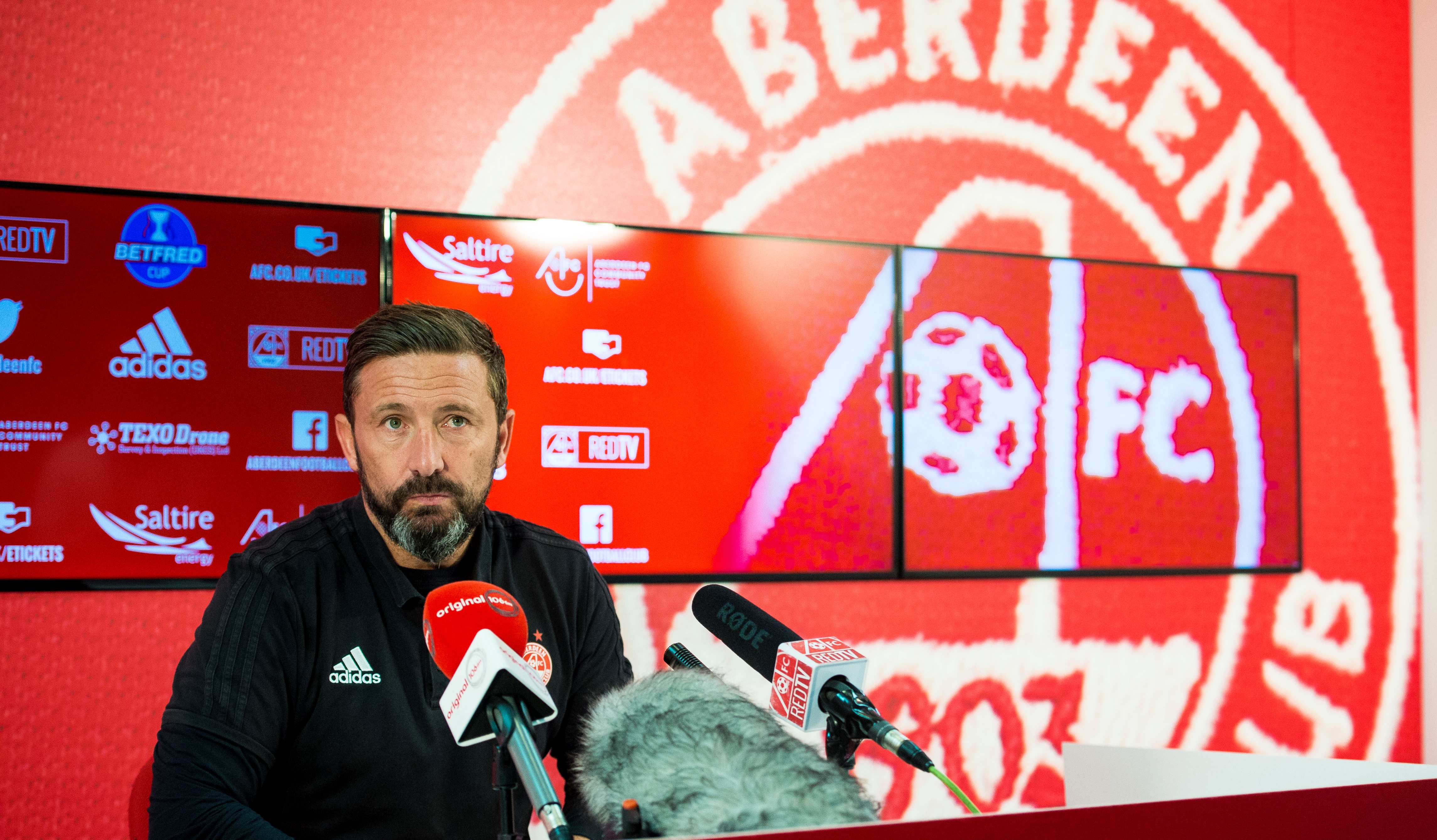 “It’s a tough game and in any cup competition an away tie can always be deemed that bit tougher.

“We are up against a team that are in good form.

“Motherwell have started the season very strongly and have been very convincing. They’ve got goals in them. I think what you’d expect from a quarter final in the cup is a tough match.

“You don’t get the final of a cup without overcoming big challenges. I think it’s a challenge for us and I’m sure Motherwell see it that way as well. We need to make sure it’s a bigger challenge for them to knock us out of the cup. We will go down there with the intention to win the game and getting into the last four.

“When the draw was made the reaction was probably the same from both teams. It could have been easier for both and there’s not many tougher ties for either side. It’s all there for us as both teams aspire to get to a semi-final and make progress in the cups.

“We see it as a real opportunity and I’m looking forward to taking the opportunity to go down there. The year we won the cup we won at Fir Park under difficult circumstances as we were down to ten men early on and we dug out a result. We were solid and competitive in winning that game and I think we are going to have to show a lot of qualities to get the job done. We need to show a competitiveness about us and resilience and strength as well as put that thought and quality to win the game.

“They are a good side and have a good identity and they know what they are. Steve has brought players in to play a system and I think the front two are actively involved. They get the ball moving quickly and get it forward with good support from round about them. They’ve got a physical threat. They are an organised team and I think Steve will be delighted with the start his team have made.

“We’ve got a tough game. It is unusual having the same fixture twice in a row, but sometimes the fixtures are thrown up like that. First things first we need to think about Thursday with the motivation being getting into a semi-final and that’s all we are concentrating on. We will then pick ourselves up and see where we are after Thursday and hopefully we are in the draw for the semi-final.

“It had been a long time since an Aberdeen team had reached two cup finals in the one season so it’s not something that happens regularly. It’s a good reference point for us and we’ve got good memories of playing in the cup. We’ve got good memories of one final, but didn’t do ourselves justice in the other. There’s enough players in the dressing room that have experienced those scenarios and enough players in the dressing room that have come to Aberdeen hoping to be a part of cup final situations. It’s a different team now and it’s about this year, but the intention is the same.

“The team are honest enough as we all are to want to get a better 90 minutes and probably find a complete performance to get through. Greg Tansey has got a little groin problem which has affected his training and he’s potentially got to go in for surgery soon. Being the professional that he is he’s holding back the operation until we get these next few important fixtures out of the way.”

Aberdeen made four changes to the side that drew against Kilmarnock on Saturday. Mark Reynolds came in to face his old club with Gary Mackay-Steven, Ryan Christie and Dominic Ball back in the starting line up as well.
Despite the game being on BT Sport, Aberdeen were backed by another very strong following for the Quarter Final. There was a fantastic cup atmosphere inside Fir Park with both sets of fans generating some noise. 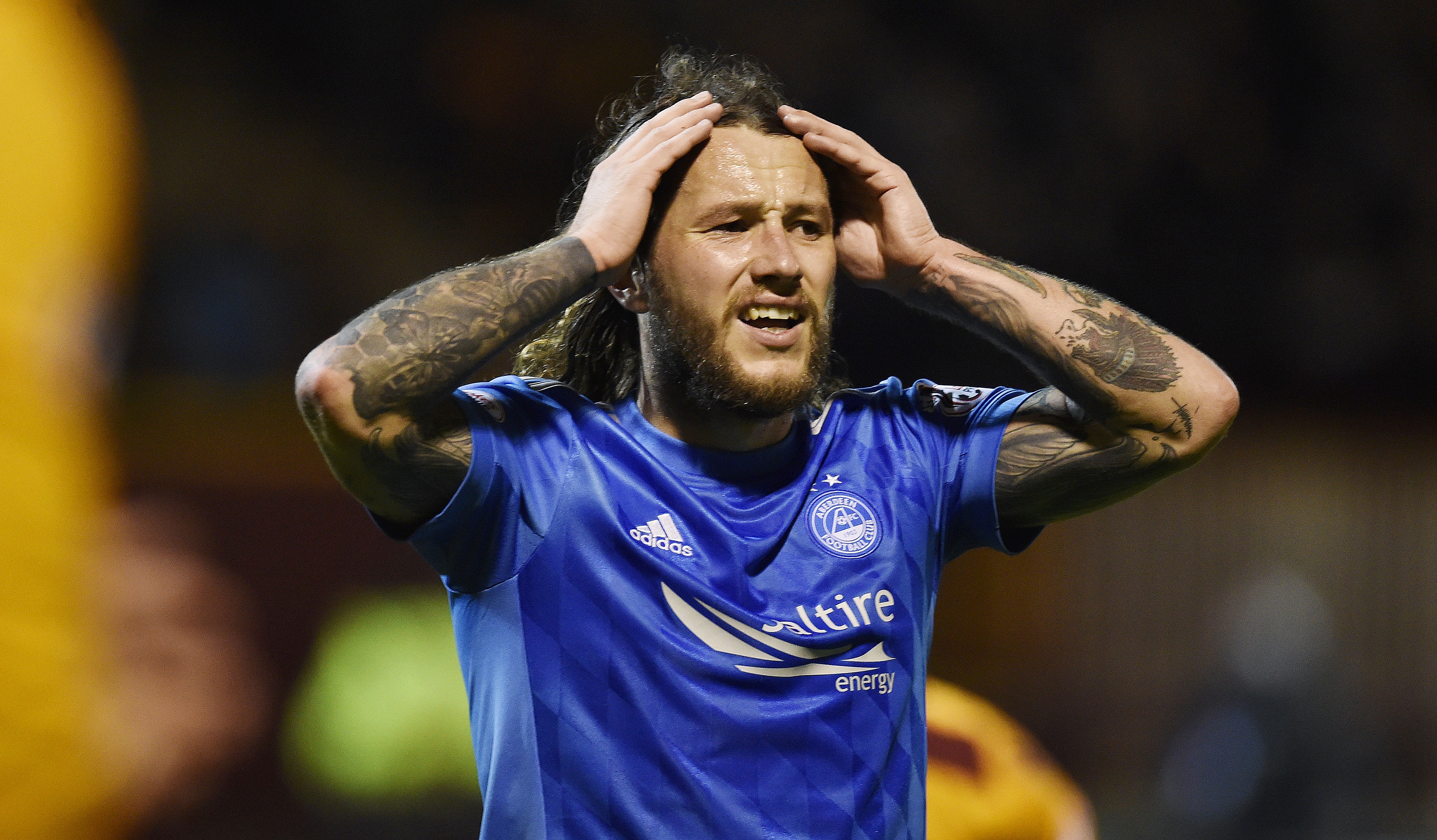 Aberdeen made four changes to the side that drew against Kilmarnock on Saturday. Mark Reynolds came in to face his old club with Gary Mackay-Steven, Ryan Christie and Dominic Ball back in the starting line up as well.
Despite the game being on BT Sport, Aberdeen were backed by another very strong following for the Quarter Final. There was a fantastic cup atmosphere inside Fir Park with both sets of fans generating some noise.

It took until the 8th minute for the first clear cut opportunity and it came from The Dons. Christie found space in the middle and drove toward goal. His low effort was parried away by Trevor Carson and Mackay-Steven was followed up, but his shot was very well blocked by Cadden and went out for a corner. The corner was cleared and set Motherwell on the counter. Logan mistimed his tackle on the half way line, but Ball was back to prevent any more danger and the hosts had their first corner, which the Dons cleared.

But back came the hosts and they took the lead in the 12th minute. The ball came in from the right and Bowman and Reynolds were battling for it. The ball broke to Louis Moult who managed to flick it on with his back to goal. Lewis in goal was not expecting the shot and tried to readjust his feet but as he was doing so he half caught it before pushing the ball into the net.

In the 16th minute the Dons forced another corner as they tried to get back into the game. Considine managed to knock his header back across goal, but Dominic Ball was closed down quickly and his header went well over.

The Dons faced an uphill battle as in the 18th minute when the hosts doubled their lead. A dangerous free kick was whipped into the back post and Peter Hartley rose highest to head the ball down into the ground and Lewis was unable to keep it out.

The next 10 minutes saw the Dons struggle to get to grips with game and Motherwell with their tails up were impressive. On 28 minutes, another dangerous free kick had to be knocked away at the last second by Considine.

Derek McInnes changed it in the 36th minute. Adam Rooney came on to replace Gary Mackay-Steven as the Dons went two up front.

In the 40th minute Motherwell had another chance. Chris Cadden received the ball on the edge of the box and unleashed an effort that looked to be heading on target, but O’Connor blocked well.

The Dons did have a rare opportunity to get back into the game when Shinnie was brought down on the left after good play by Christie. May took the free kick and after a bit of a scramble, Motherwell cleared.

Before than McLean had a half chance when the ball broke off him in the area, similar thing happened to May earlier but Motherwell had defended well and deserved their half time lead.

The Dons needed something special to get themselves back into the tie.

The Dons players were out with over five minutes of half time interval remaining and the fans behind the goal tried to get behind them before the restart. But the first chance of the half fell to the hosts. A throw in on the left saw Moult running onto it and hitting a powerful half volley, which Lewis had to palm away.

Soon after Derek McInnes made another change as Kari Arnason came on for Mark Reynolds. The visitors enjoyed some possession and May was able to find Rooney, who turned and shot lot, but Carson was able to make an easy save diving to his right.

The tie was nearly put to bed in 63rd minute. A corner was cleared by Ball, but Cadden was there to hit the ball past Lewis in goal, but fortunately Shinnie was on the line to block. Great positioning from the skipper.
Two minutes later the Dons had their best chance.

Out of nothing Christie broke away from a Motherwell corner and he was clear. He was being chased by three defenders and with one defender to beat he managed to work the ball to the left of the goal area and get the shot away, but Carson was able to tip it over. It was a decent save as the keeper stood up the shot.
Sadly it was to be the Dons only real effort of the game.

Greg Tansey came on for Dominic Ball as the Dons pressed for a way back into the game.

The Dons were still struggling to cope with the physical battle and on 68 minutes another chance fell to the hosts. The ball came to Campbell and from 12 yards he turned and hit a sweet volley, but his effort cannoned off both posts before being gathered by Lewis.

Aberdeen continued to huff and puff but never looked like getting back into the game as they got bogged down in a midfield battle.

The game was finally killed off in the 86th minute. A long ball down the left looked easy enough to deal with, but Considine was caught out and that allowed Moult to fire a shot past Lewis at his near post. Moult had been outstanding all evening. His work rate and energy was impressive.

Motherwell had played with a confidence and competitiveness and deserved their victory. This was sore one to take for The Dons, who will now need to bounce back on Sunday with another visit to Fir Park for league duty.