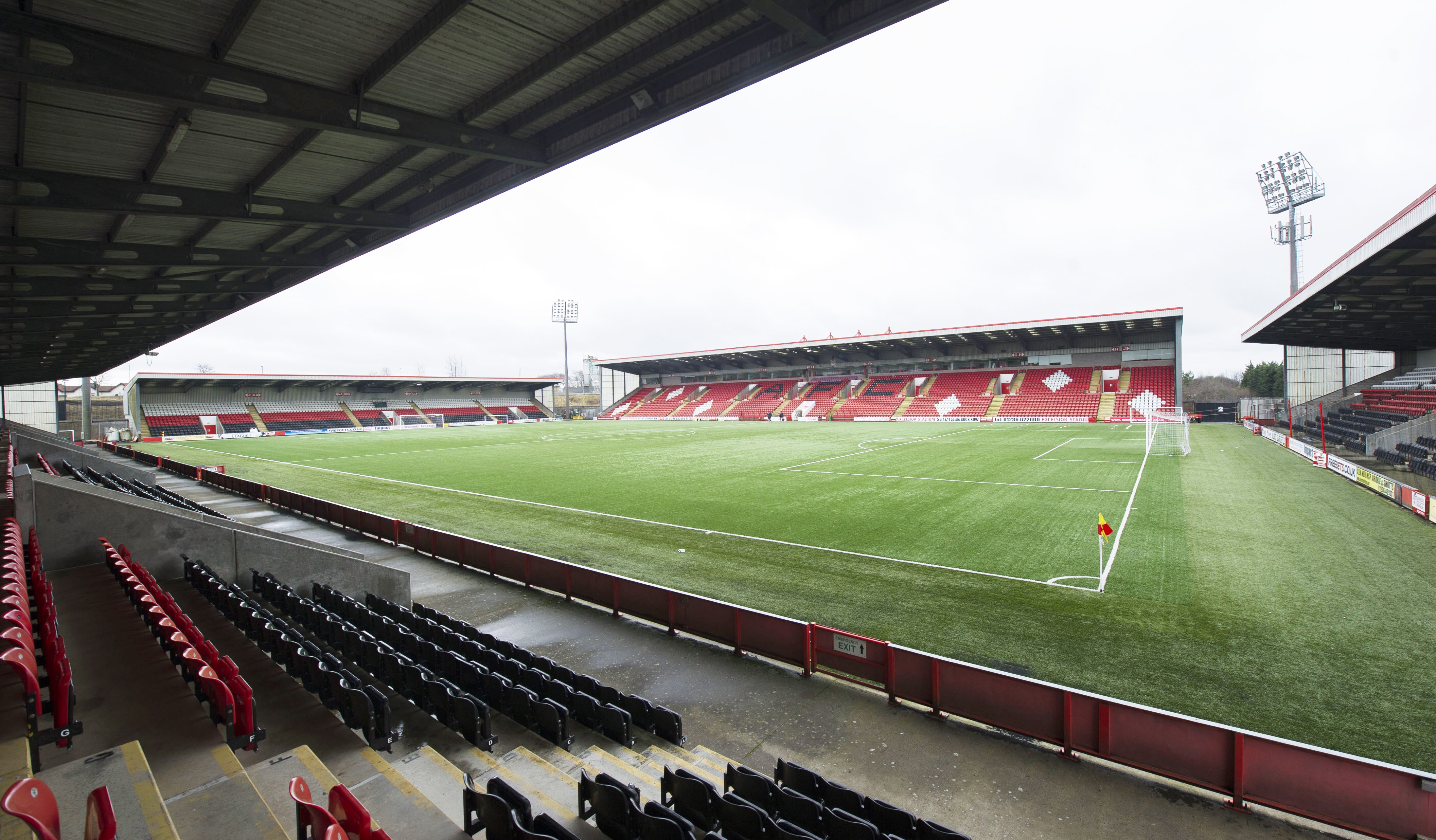 Above Par performance from the young Dons 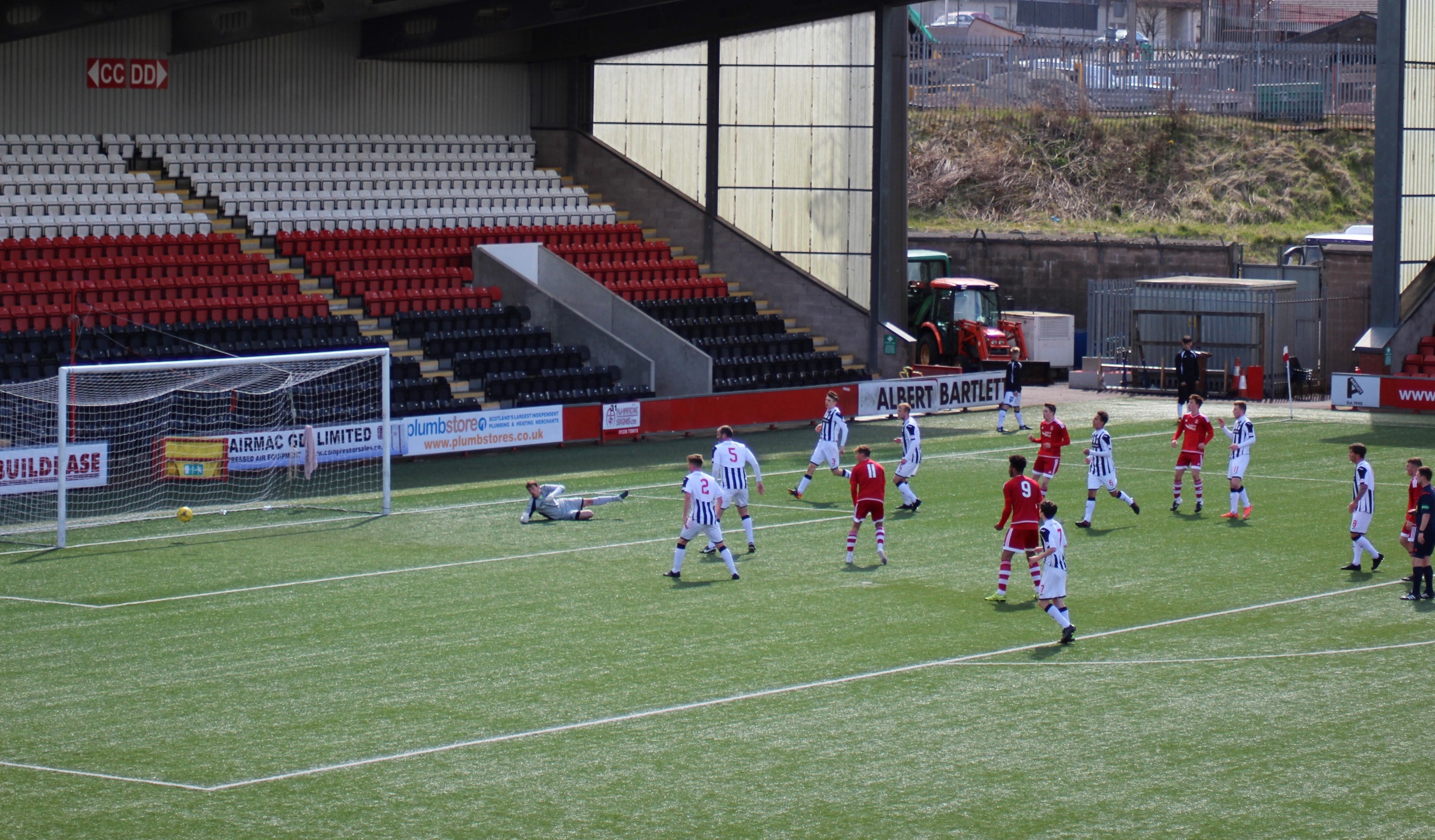 Aberdeen went into this match with foot of the table Dunfermline knowing six points gathered over their final three games of the season would see them finish third in the Development League table, albeit some distance behind runaway champions Celtic and runners up Hamilton Academical. Despite this being their second game within 48 hours, Paul Sheerin made only two changes to his starting eleven, Lewis Hutcheson and Seb Ross replacing Kalvin Orsi and David Dangana who dropped to the bench. Dunfermline’s Under 20s coach John Potter, now 36, lined up for the home side.

Aberdeen started the brighter of the two sides and Lewis Hutcheson was first to threaten Gill’s goal on 6 minutes when he turned Wright’s left wing cross just wide.

The Pars broke upfield seconds later and Lennox was forced to make a fine save then had skipper Scott McKenna to thank for a timely block before Duthie shot high over.

Ross and Hutcheson combined well down the right but the latter’s cross was just far ahead of Nuttall.
Neither side was able to create any clear-cut openings as the game looked to be developing into a midfield battle, but on 23 minutes great work down the right saw Scott Wright find space in the box to fire past Gill and open the scoring. Ninety seconds later it was 2-0 to Aberdeen as Joe Nuttall was in the perfect place to slot home Daniel Harvie’s cutback.

Pars fullback Duncan had to lea ve the field with a blood injury and the Dons took advantage of having the extra man, Dylan Thomas feeding the ball through for Scott Wright to grab his second goal of the match just after the half hour mark.

Despite being three down, the Pars still posed a threat and Potter flashed a header wide following a left wing free kick. Too often however what looked like promising moves broke down when they reached the final third.

A solid first half from Aberdeen who were clinical in front of goal, the save by Aaron Lennox followed by Scott McKenna’s great block proving vital in keeping the Pars at bay before the quick-fire 1-2-3 from Wright and Nuttall.
Snow greeted the sides as they came out for the second half and the Pars caught the Dons cold when Thomas did well on the left to dig out a cross which the unmarked Crawford nodded home at the far post.

The home team were encouraged by the goal and began to exert some pressure but headers from Duthie and Morgan didn’t test Lennox. The Dons forced half a dozen corners but couldn’t produce a telling delivery. Just before the hour mark, Joe Nuttall was replaced by Kalvin Orsi.

Aberdeen were looking pacy on the break and Orsi was inches away from connecting with Norris’ cross. On 72 minutes the Dons made a double switch, Dangana and Campbell replacing Culjak and Hutcheson.

The first booking came on 77 minutes as Duthie saw yellow for a foul in midfield.

Dangana and Norris saw shots blocked as the Dons pushed for a fourth goal while Wright came close to completing a hat-trick but his well-struck volley was comfortably saved by Gill.

A lot of credit has to go to Dunfermline who weren’t giving up without a fight and Lennox had to be at his best to tip over a fine header from James Thomas.

A deserved win for the Dons, courtesy of a first half purple patch which produced three goals in eight minutes.