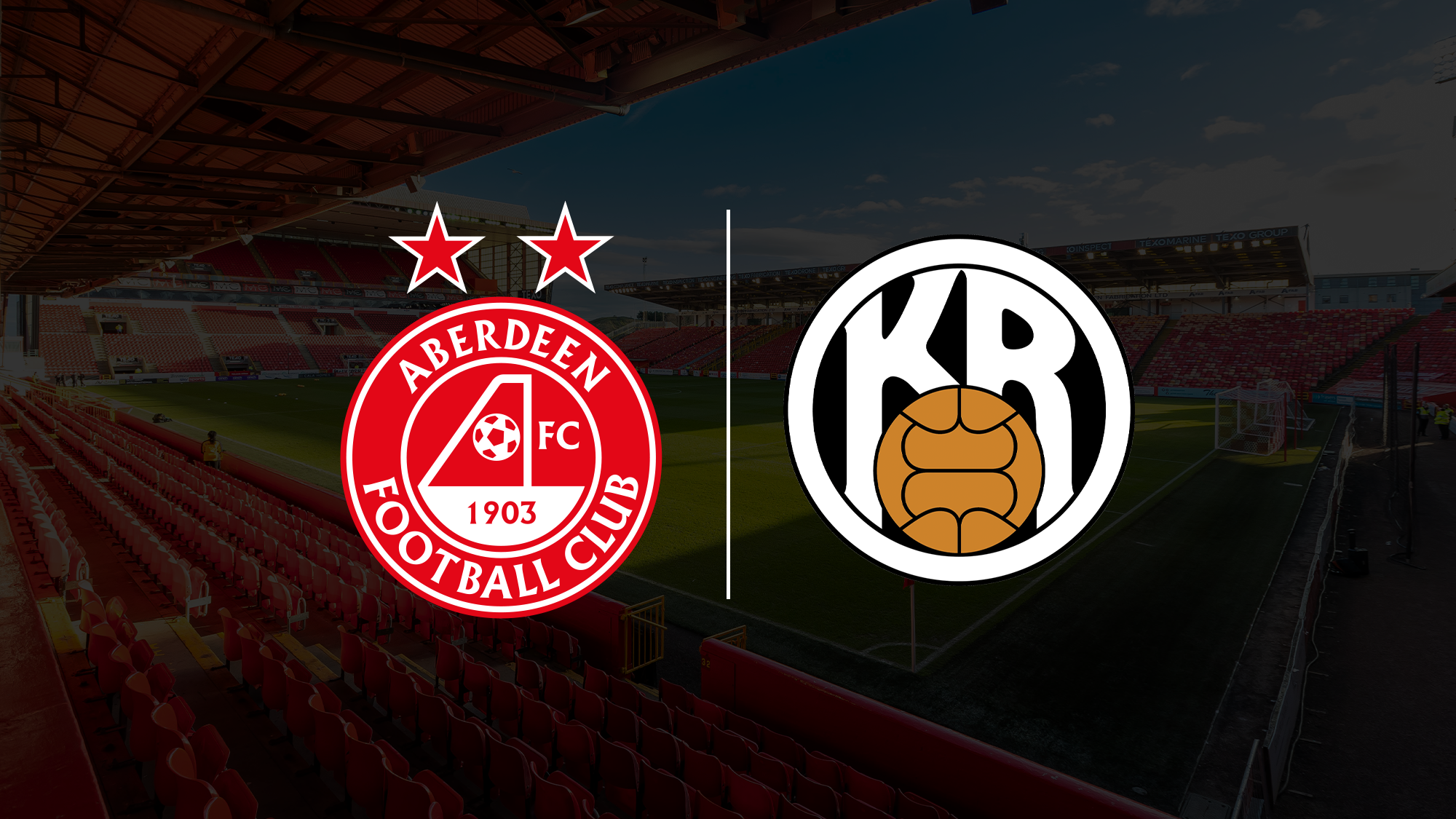 Under the commercial deal, Aberdeen FC will work with KR Reykjavik to share knowledge, experience, and expertise to help the Icelandic club develop its income streams, facilities, coaching, community outreach and fan engagement.

This is the second partnership the Dons have secured since they began exploring opportunities with other clubs to offer mutual benefits on and off the pitch and to promote the Aberdeen FC brand globally. The first agreement was struck with Allstars United in San Jose, California.

The Club also has a long-term strategic relationship with Atlanta United, one of the leading teams in the MLS.

Additionally, the Dons football operations team will provide support and advice to KR Reykjavik that will include hosting their players and coaches at Cormack Park. With support from AFC and its coaches, KR Reykjavik will host an annual Summer Football School in Iceland.

Rob Wicks, AFC’s commercial director said: “This is an excellent example of the type of partnership Aberdeen FC is keen to facilitate and foster with clubs across the world. It’s testament to the reputation we are gaining in Europe for our youth development and coaching, our award-winning Community Trust and our innovative commercial models.

“There is strong interest in Scottish football in Iceland and, after initially reaching out to the Icelandic League, KR made an approach to us which has now led to today’s announcement.

“We’re really excited to be working with KR and to seeing the partnership not only enhance their football, community and commercial operations but also allow for shared learning and initiatives that will benefit our coaches, sponsors and commercial partners.”

Commenting on the partnership, Páll Kristjánsson, Chairman of KR Reykjavik added: “We’re delighted to sign this agreement today. Aberdeen FC and KR Reykjavik are two iconic professional football clubs from the North Atlantic region. Both clubs were formed around the same time and have achieved domestic league and cup success while also having landmark moments in European football. More recently, both clubs share similar aspirations for growth and success. With new stadium plans in place and an appetite to increase levels of fan engagement, there are considerable synergies between us.”

In 1967 both clubs crossed paths in European competition when they were drawn to play each other over two legs when competing in the European Cup Winners’ Cup.

Aberdeen FC Hall of Fame inductee, Jim Bett, represented both clubs and in 1994 helped KR to win the Icelandic Cup.

Established in 1899, KR Reykjavik is the most successful club in Icelandic football, having won the Úrvalsdeild karla championship 27 times. In 1964, KR was the first Icelandic representative in the European Cup.