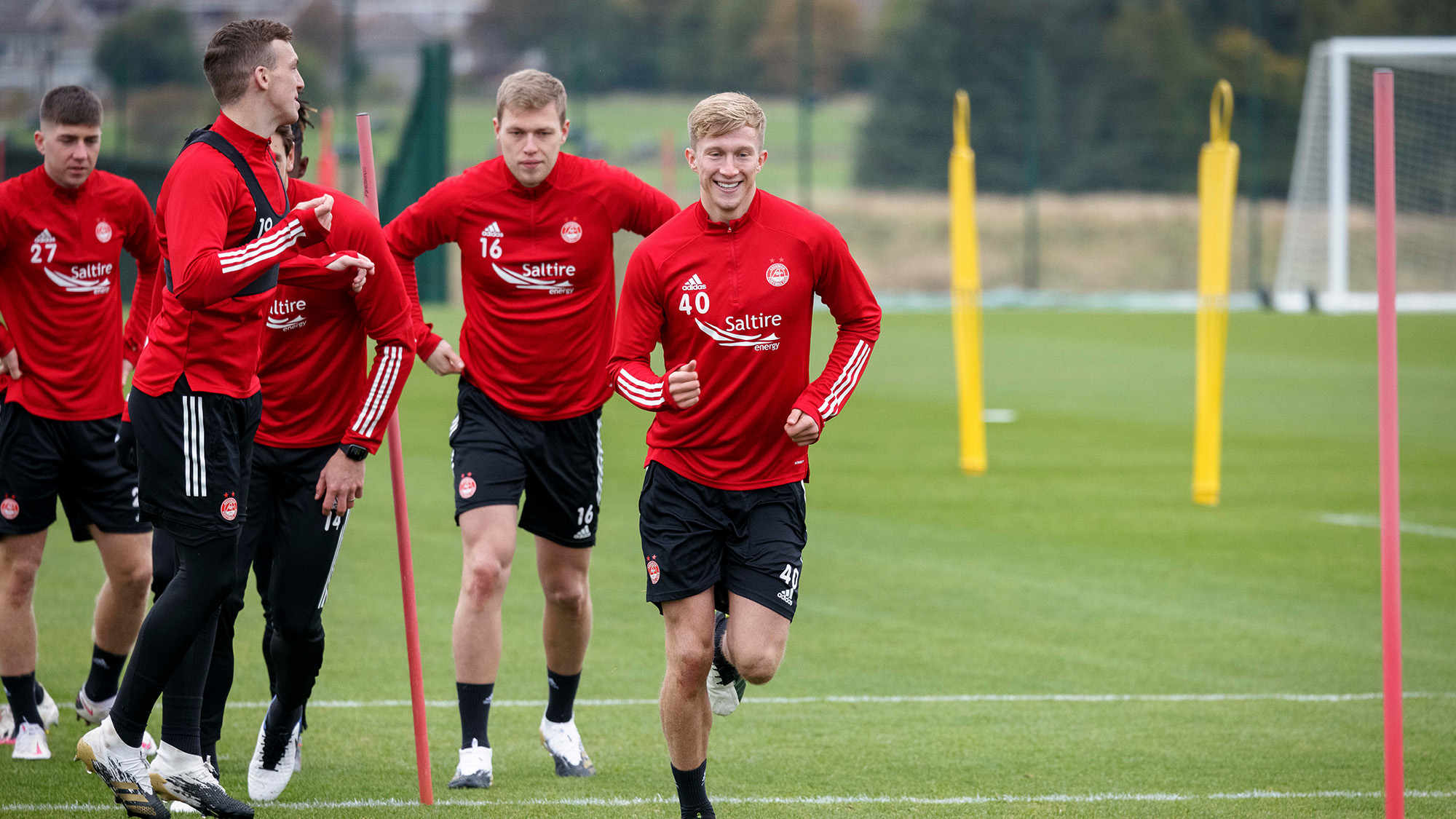 Ahead of our return to action, the manager spoke to the media via zoom from Cormack Park to preview Saturday’s trip to Tannadice. 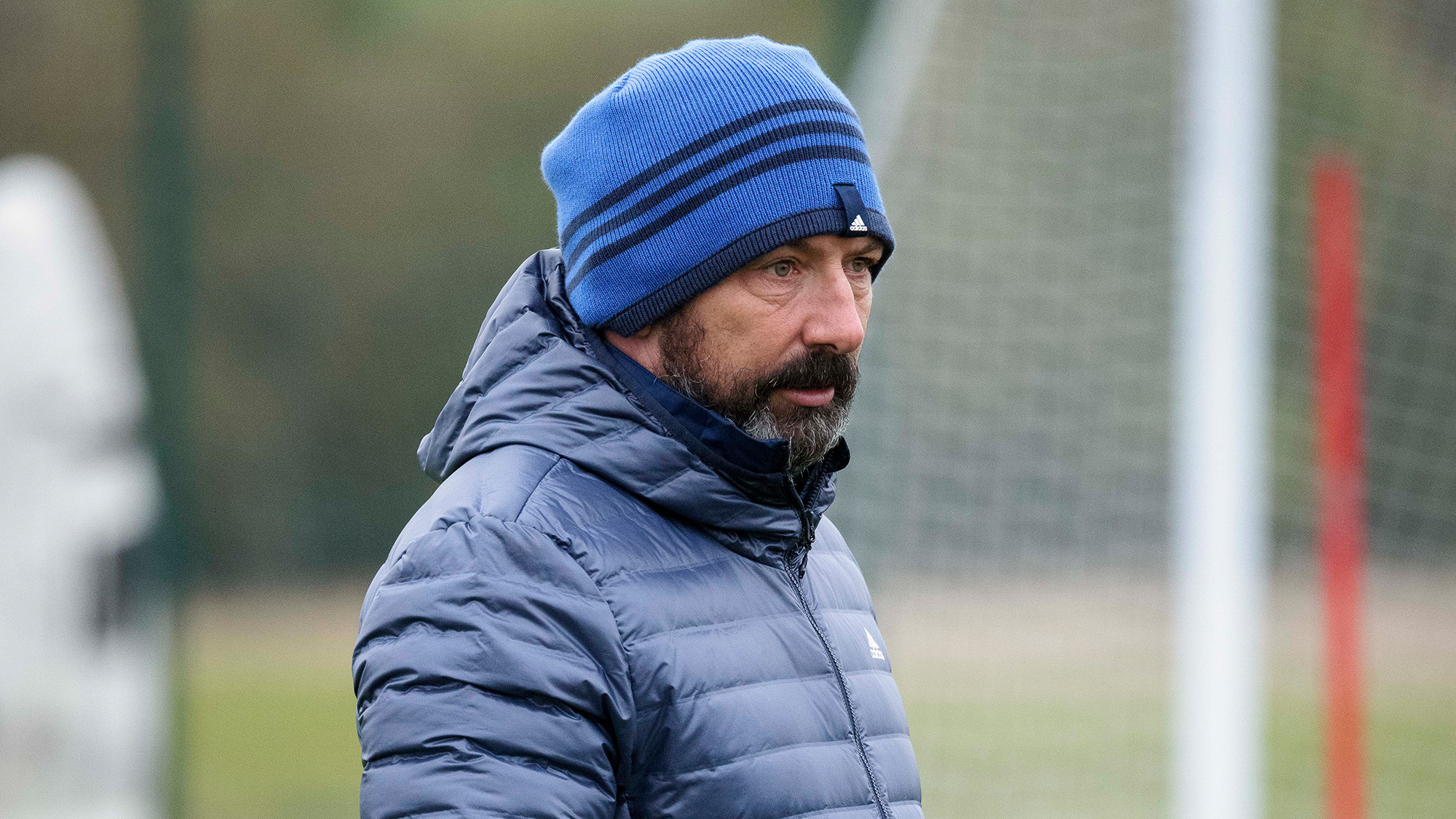 “I know how much it means to big Andy and coming at this stage of his career it has probably been even more gratefully received by him, myself and from everybody else connected with the club. We have seen how consistently he has performed over a period of time for a while now. Maybe the perception on big Andy from others is different now because of how he has performed in a Scotland shirt. I am delighted for him that he is getting recognition from people outside and inside the club.

“It is something that he has worked towards and he has now managed to achieve something that has always been very important to him. Hopefully, he will go on and win many more on the back of his two performances.

“The fact that both ourselves and Scotland play a back three allowed Andy to settle into the game and a lot of things went in his favour that allowed him to get the all-important caps and hopefully he is on his way with that now. He is certainly capable of playing more than twice.

“We have had a lot of players over my time here who have gone away with the international set up and it is always with a sense of pride. Andy has always come in on the international breaks, has done the work that has been given to him and kept himself ticking over. There has always been that conversation with him that if you keep playing away then you never know what will happen the next time around.

“It is a great story for any players that get overlooked or have any disappointment to try and channel it in the right way. If you have any disappointment and you just roll over then you will never change anything. If you have a positive mindset and try and perform better and always believe. I always believed that Andy could get in. It was important that Andy kept believing. 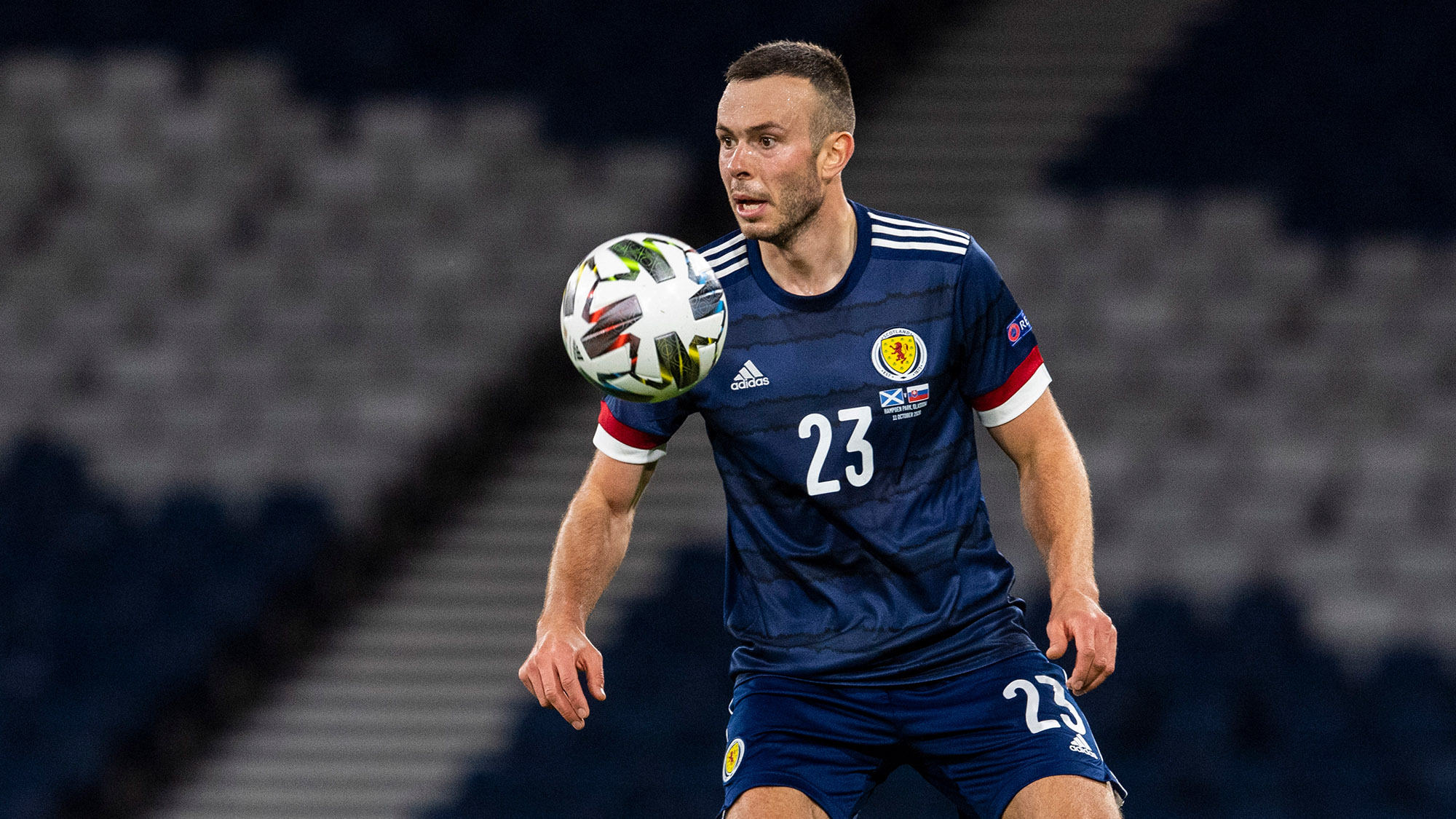 “I have said this for a while that it wasn’t until I worked with Andy that realised how good he was. From the outside looking in I had seen he was a decent player. Having worked with him day in and day out for seven and a half years I see how good a player he is.

“I think it is one of the important fixtures for us and I am sure it is for them. It is a real pity that there are not going to be any supporters in the ground. There are certain games that are worth a bit more than three points to the fans and Dundee Utd is one of them. That importance is not lost on us and we will try to go and get the best result. Some of my best memories as Aberdeen manager have been at Tannadice, going and celebrating with the fans and enjoying winning with them. Hopefully we can be good enough to maintain the level of performance we have had in the league and pick up the three points.

“We understand the importance of the fixture is the exact same for Dundee United. We are going to face a tough opponent. There is enough about this Dundee United team to suggest that they can win this game and we are going to have to be very good on the day to make sure the game goes our way.

“Tommie has been very good, but it has been no real surprise. We knew if he could get by his injuries and his difficulties then we had a proper player on our hands. He is comfortable in possession, he is calm in his work, he is a good talker and has good ability. He has the ability to make the guy next to him play better, which for me is a dying art. Too many players go out and look after their own game and performance. He brings a calmness to our play. 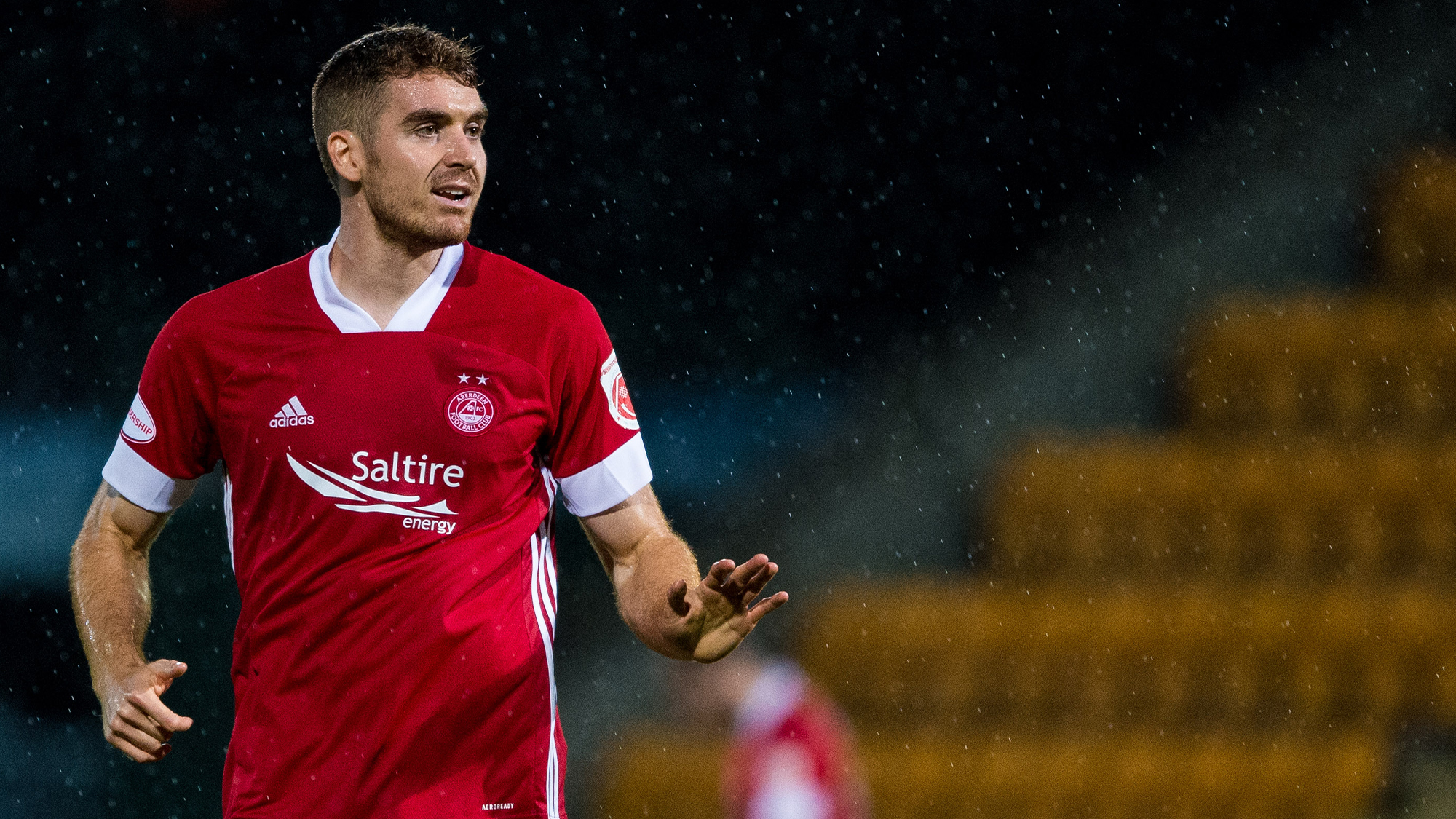 “We enjoy having him here and he enjoys being here and we would not rule out extending his deal further. At the minute it is probably the right thing to give him a piece of mind and just let him concentrate on what he has been doing. He has been a big part on why we have played a back three because it suits a lot of players in the building, none more so than Tommie.” 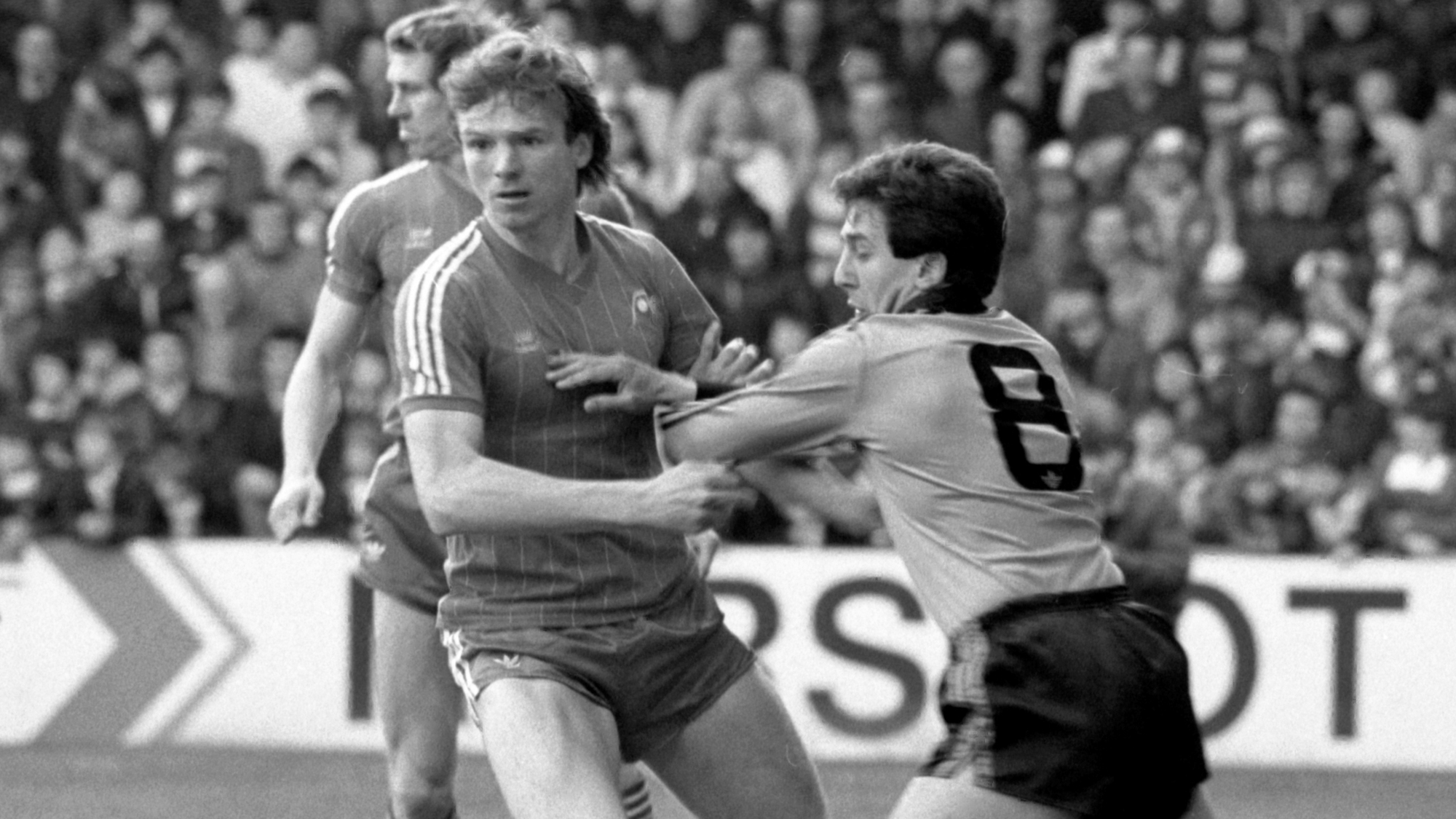 Our last visit to Tannadice on league duty was on a cold Wednesday night in March 2016. Aberdeen ran out 1-0 winners in a frantic game with Simon Church converting a Shay Logan cross midway through the first half. The Dons created numerous chances but had goalkeeper Scott Brown to thank for a number of saves as we held on for the win. It was a huge win for Aberdeen as we closed the gap to Celtic at the top of the table to four points. 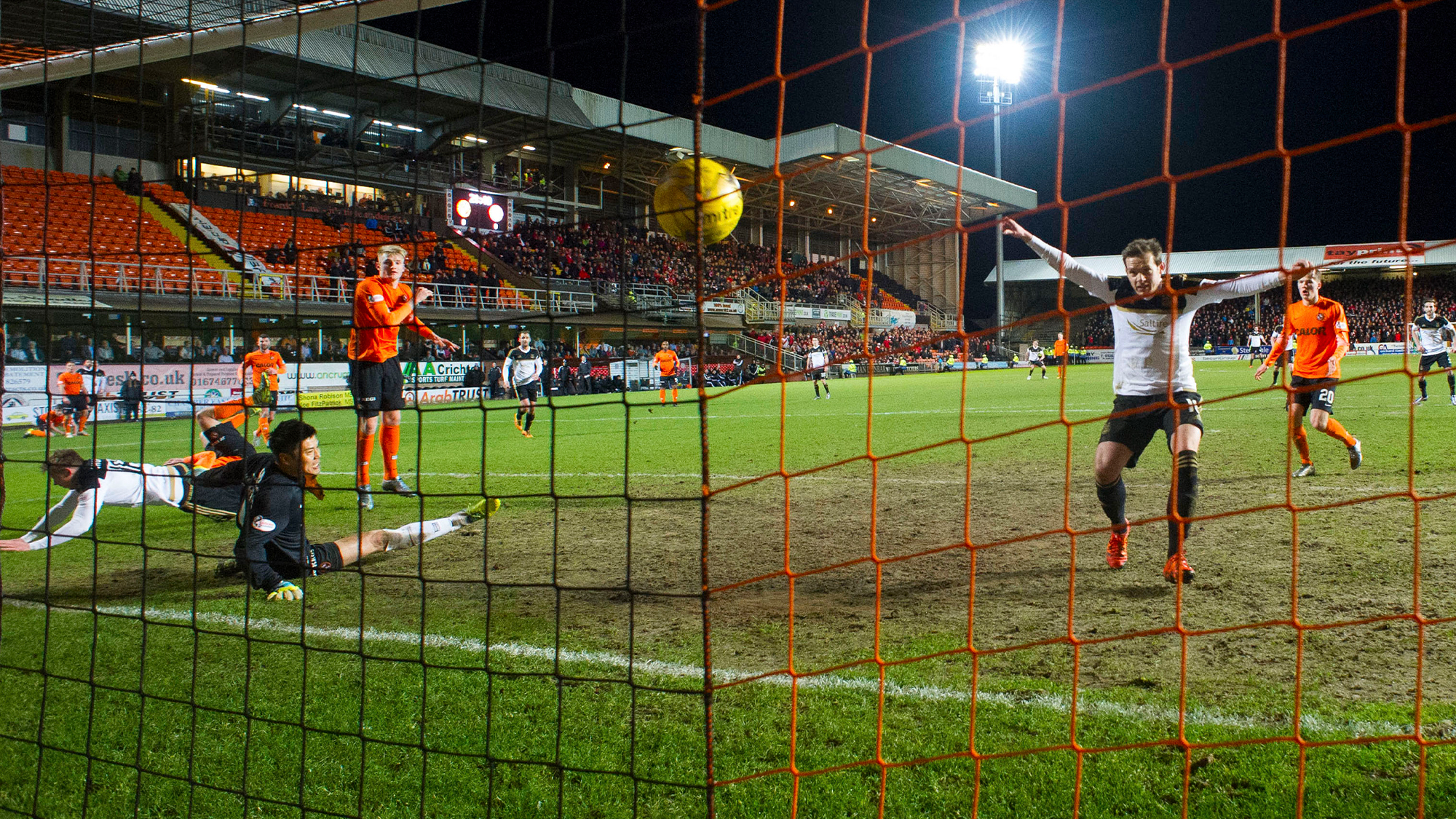 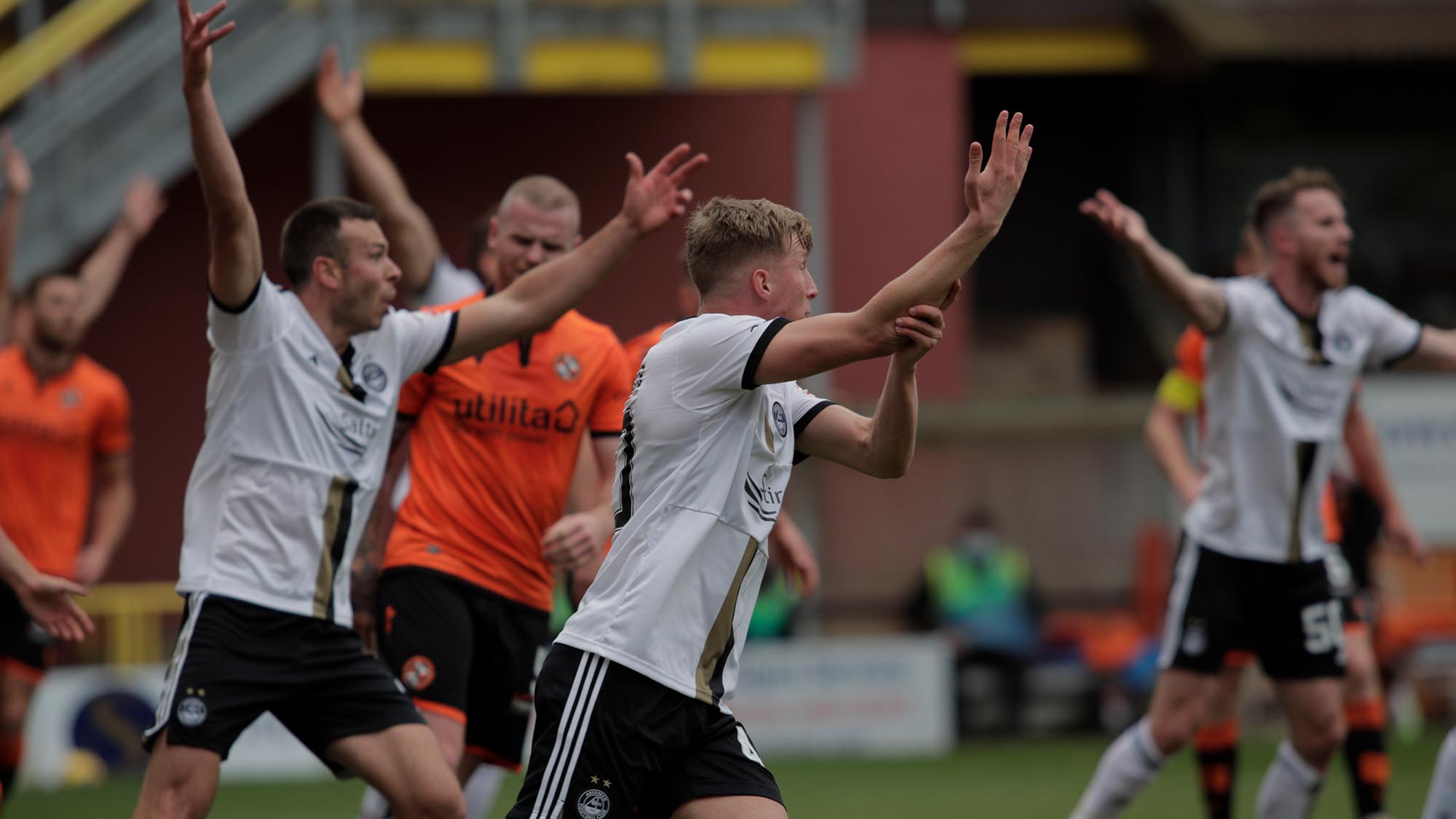 The Dons were left to rue a string of missed chances – and a string of good saves from the United goalkeeper – as a dominant display at Tannadice yielded just a single point.

Returning to action after the international break, Derek McInnes made just one change to the starting XI who beat St Mirren at Pittodrie, Connor McLennan starting in place of Niall McGinn, who dropped to the bench. Gary Woods came into the matchday squad for the first time, on the bench in place of the injured Tomas Cerny. Also on the bench were youngsters Calvin Ramsay and Kieran Ngwenya, replacing Bruce Anderson and Jack MacKenzie who have both now gone out on loan.

Last time out on Tuesday night, Dundee United beat Kelty Hearts 1-0 in the League Cup. Manager Mickey Mellon made two changes to that side, Lawrence Shankland returning from international duty to replace Louis Appere and Benjamin Siegrist back in goal instead of Deniz Mehmet, Mehmet and Appere dropping to the bench.

The first action came with Lewis Ferguson getting brief attention to an injury above the eye in the opening minute after a clash with Pawlett. A minute later, Jonny Hayes ran onto the ball fully 25 yards out and lashed in a ferocious shot, Siegrist getting down to his right to push it away as the ball swerved away from him on its way through.

In the eighth minute, Ryan Hedges and Scott Wright combined nicely through the middle, Hedges’ final ball to Wright just a shade too far in front of him, Siegrist able to get out quickly to smother and take the sting out of the shot, Connolly tidying up to clear the ball behind. From Hedges’ resultant corner, Tommie Hoban was up highest, putting his header just wide of goal when again, perhaps he should have scored.

Fourteen minutes in and Siegrist was required to make another good save, this time to his left from Hedges’ shot from distance, the chance initially created by Ross McCrorie’s energetic pressing of the United defence. The game was taking a similar shape to the one at Dingwall three weeks previously, the Dons completely on top but needing that crucial first goal.

They weren’t far away in the 29th minute, Hedges’ near post corner scrambled away by Shankland, clearly off his hand, referee Muir somehow missing what was a stonewall penalty.

The opener should have come in the 32nd minute, Wright doing well to snaffle the ball from Connolly on the edge of the box before feeding Hayes. His shot across the face of goal was neither one thing nor the other, too wide to find the goal but too much on it for Hedges to be able to nudge it in at the far post.

Another fine save from Siegrist kept Wright out in the 43rd minute as Aberdeen broke from a corner. McLennan’s cross found Wright at the back post a dozen yards out, but the goalkeeper was equal to his effort at goal. Somehow, United had made it to the break unscathed.

Aberdeen picked up from where they left off and were back on the front foot from the first whistle in the second half, pretty much penning the hosts inside their own penalty area, but still trying to find that telling final ball to finally open them up.

Ten minutes in, Wright needed some treatment after a coming together with Connolly, United taking the opportunity to replace Clark with debutant McNulty. The Dons continued to get themselves into some great attacking positions only to be wasteful with the ball. Andrew Considine found the best cross of the half so far on the hour, curling into the six yard box, only for Reynolds to produce a brilliant clearance. Ryan Edmondson replaced Wright moments later, Reynolds making way for Liam Smith at the same time, United going to a back four. Butcher then went in the book for going through the back of Hedges.

The Dons were threatening in the 72nd minute, Ferguson hacked down late by Pawlett on the edge of the box. While Pawlett was getting treatment after the foul, McGinn came on for McLennan. The Northern Irishman stepped up to take the kick, putting the ball over the wall, Siegrist hurling himself to his left to claw the ball away.

McCrorie picked up a yellow card for a foul on Harkes before United made a double change in the 78th minute, Pawlett and Butcher off for Powers and Chalmers. Two minutes later, a fine cross from Hedges almost had Hayes in, more brilliant defending in the six yard box from Smith to clear in front of him. United broke from the resulting corner, Chalmers clean through and set to score, only for Joe Lewis to produce a magnificent save with his feet.

Hayes found himself in the book for a late tackle as United tried to break on the counter-attack again but in the final minute of normal time, a McCrorie back header from a flighted McGinn free-kick in drifted inches wide of the far post with Siegrist, for once, looking beaten.

Next, a long throw from Ash Taylor found McGinn and his header through a crowd of players almost caught Siegrist out, the goalkeeper catching at the second attempt, the big United shot stopper once again keeping his side in a game they should have lost decisively.