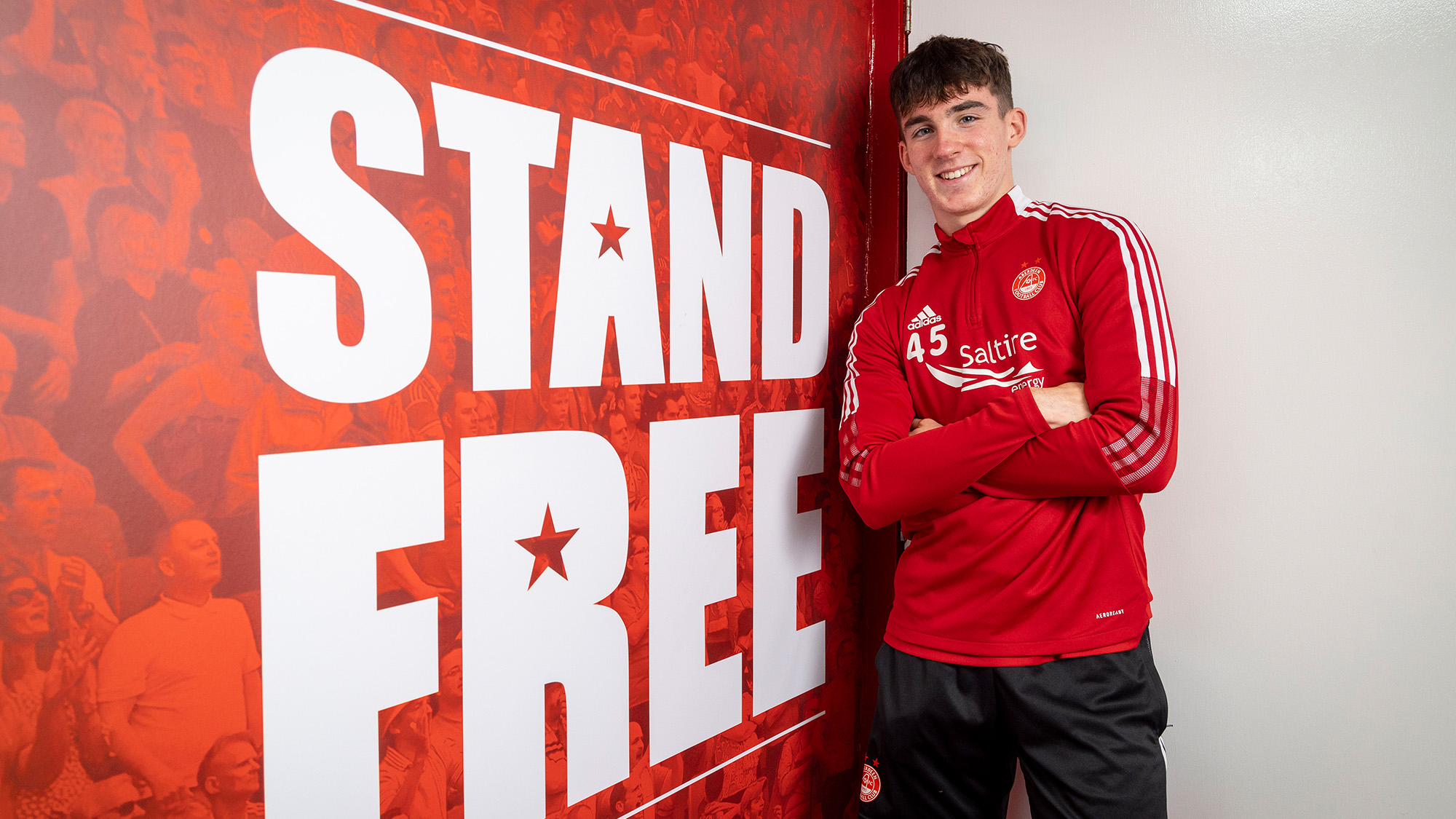 “When you also have the appetite and aggression that Evan has, along with the talent, then you have a real chance.”

“When you also have the appetite and aggression that Evan has, along with the talent, then you have a real chance.”

Aberdeen U18 captain Evan Towler has today agreed a deal that will see the highly rated defender contracted to the club for the immediate future. 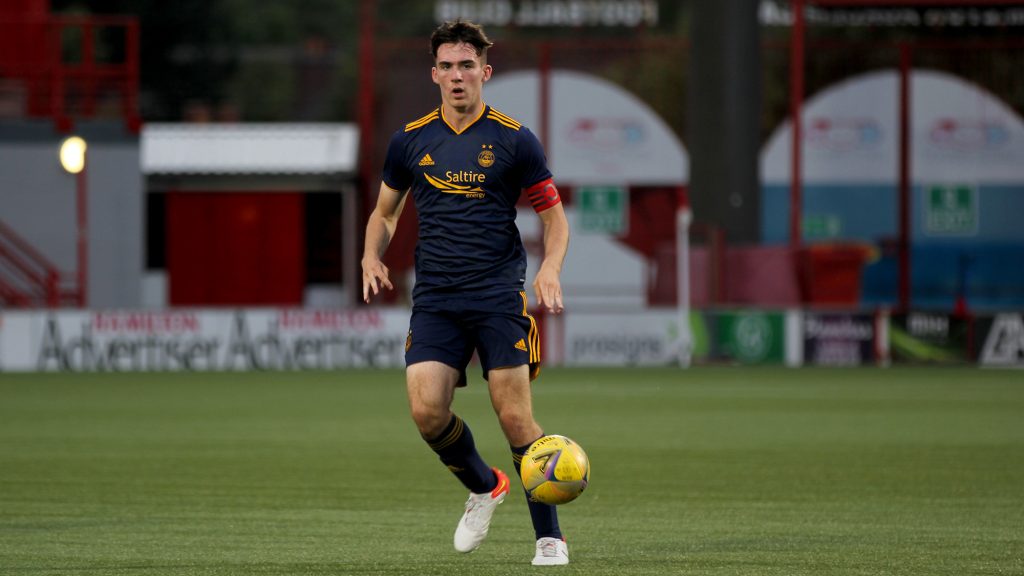 “I am so pleased to have signed a new deal that will help take me to the next stage of my career. It is very reassuring to know that I will be at Aberdeen for at least the next few years, and hopefully a lot longer.

“I signed a full-time contract in December 2020, but since then it has been a tough few years with everything that has been going on outside football. Towards the end of last season, it was good to just get back out onto a pitch again, but for me, it was also a chance to play with the older players at U18 level in the mini-league we competed in during the final couple of months of the season. I learnt a lot from that.

“I remember the first game against Celtic, which was my first game at that level, and the tempo was so much more intense than I was used to. I very quickly had to lift my game, but I felt I did ok.

“I have enjoyed this season, but I enjoy every game. We have had a few disappointing results recently after starting the campaign so well, but I am sure we will have a strong second half to the season and we have a big game against St Mirren in the Youth Cup on Friday. It is a competition we are desperate to do well in. 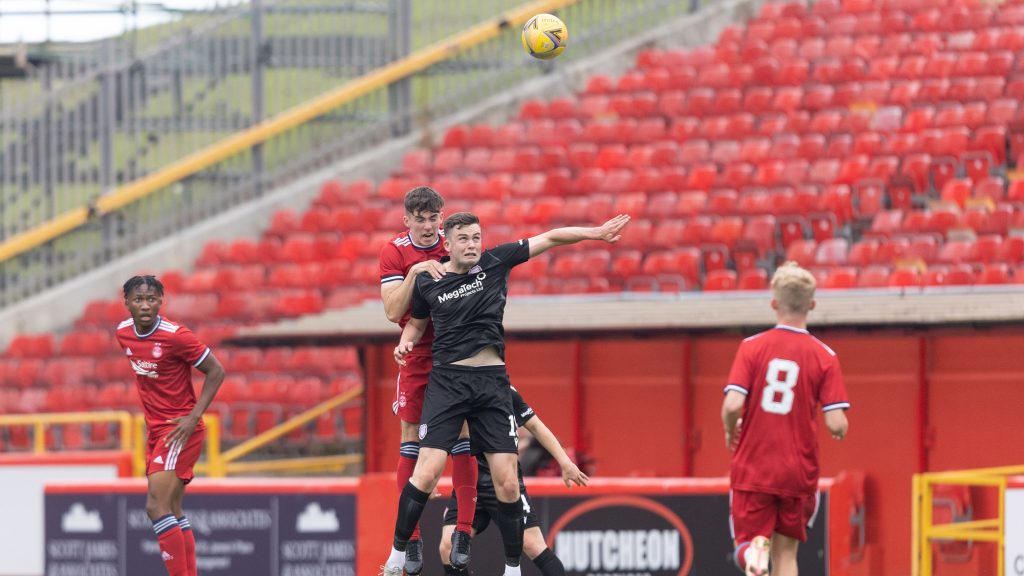 “The Challenge Cup games earlier in the season were important for me. I felt that I dealt with everything that was thrown at me in them. I got good feedback and that boosts confidence and belief. I went into the Hamilton game with way more confidence than I did the Arbroath game.

“Barry Robson handed me the captaincy, which meant a lot. I’m now one of the older players in the team, so it is up to me to lead. I captained the side at U14 level, and then shared the captaincy with Finn Murray up through the different age groups.”

Evan may only be in the Under 18s group, but he’s already a decade long veteran of life with the Dons.

“I was born in Cove and then we moved out to Portlethen when I got a bit older and I went to Portlethen Academy. I’ve always been an Aberdeen fan. As a player, I came right through the AFC Youth Academy, I was eight or nine when I started.

“During my time in the Academy I have worked with Liam McGarry, Scott Duncan, Greg Moir, Robbie Hedderman and Derek Young, as well as Scott Anderson and Barry Robson now.

“From the U13s onwards, I have always been pushed on and played up a level. I remember going to Ireland to play in a tournament with an older age group. I played quite well and took a lot of real confidence from that and I have not looked back since. Those trips abroad with the Youth Academy are invaluable. I also remember one trip when we beat Bayern Leverkusen 2-1, Ryan Duncan scored a late winner. It was such an incredible experience and that really does benefit you as a player.

“Throughout my career to this point, I have switched between left-back and centre-back, but I find myself playing centre-back more now. I happy to play any position as long as I am playing! I have also played at right-back and right centre-back this season, so I can play anywhere in the back line. As long as I am not in goal or up front, then I am fine!

“I have trained with the first team a couple of times this season. It is nerve-wracking, I have to be honest. You have to get used to the standard and how quickly they move the ball and how fast they are. You get a taste of it and come away knowing that every part of your game needs to get better – touch, pace, technique, strength. Everything needs to go up a few levels.

“Andrew Considine took me aside the first time I was in and gave me a few tips. I really appreciated him doing that. He talked about what it was like for him when he was a young player coming in, and the routines you need to get into. He also told me about how hard you have to work, whether it is in the gym or the training pitch. I now need to go and put that work in.” 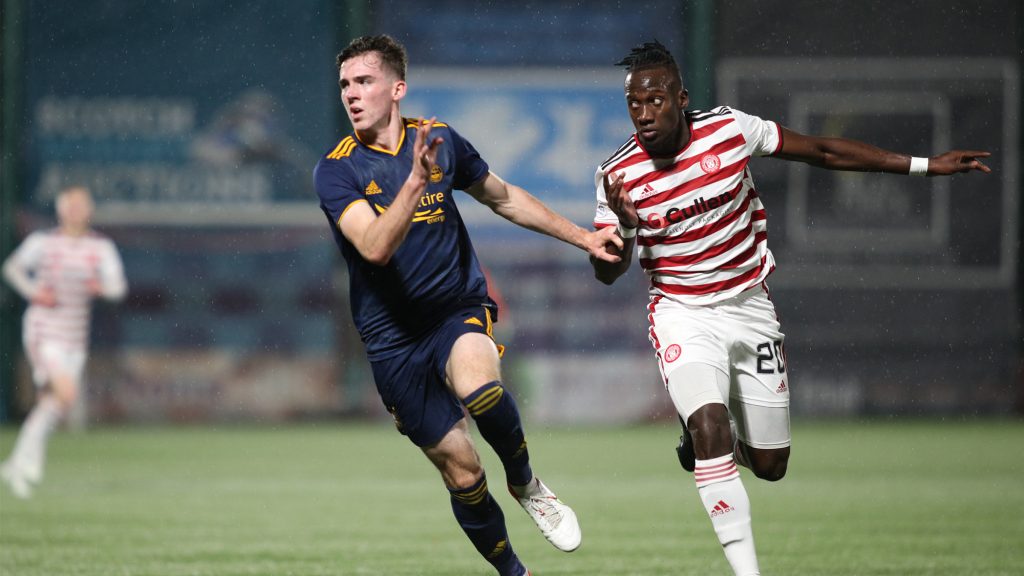 “I am really pleased for Evan. He is 100% deserving of his new deal. He shows that determination and willingness to get better every day. Even over the last four or five months, the improvement in him is incredible across all aspects of his game – the technical side, his speed, his strength has really improved.

“A lot of the other young players in the Youth Academy can look at that and see the improvement in him in that short space of time. It is all through sheer hard work and wanting to improve as a player and as a person.

“Every training session means the world to him. Cormack Park is a great place to be as a footballer. We work incredibly hard technically with the U18s – day after day – and he adapts well to everything to ask of him.

“He showed up really well in the Challenge Cup games this season. For someone his age, to go into those games against the Arbroath and Hamilton first teams, particularly in his position, and do as well as he did, that was pleasing but not a surprise. He is a player who wants to do so well each time he plays. If he makes a mistake he forgets about it and comes back for more. That is a mentality and character thing, which is so important in football. 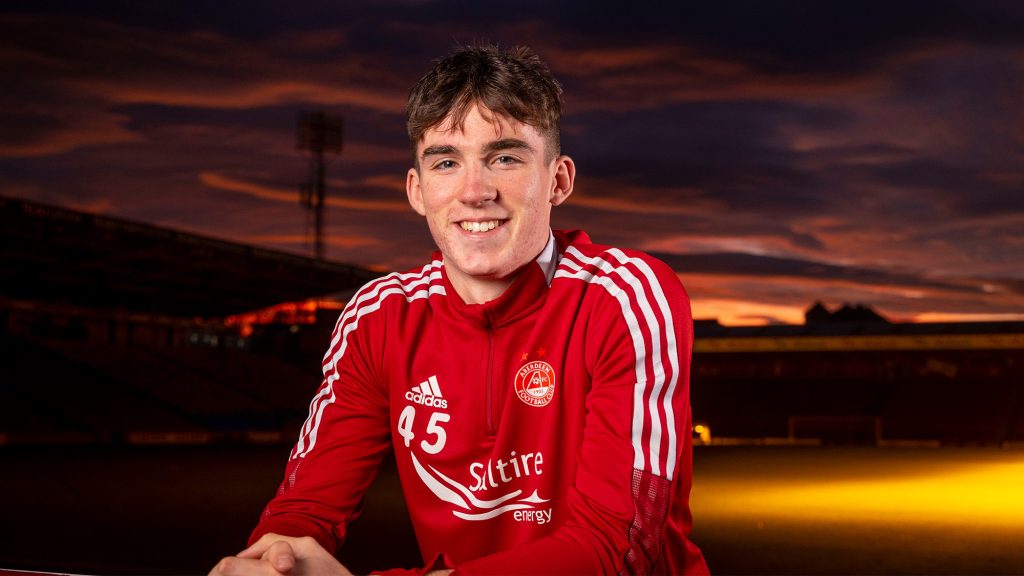 “He also has enthusiasm – a huge word that is not used enough in football nowadays. That enthusiasm is infectious and goes right through your team and your club. He has that in abundance.

“When Evan was coming through the Academy, there was always a debate as to whether he was going to be a centre-back or left-back. It is good to get a player into a certain position that he likes to play, but you also need to be able to adapt.

“He has the aggression to play as a centre-half and he has the speed to be a full-back. The good thing for him is, when he gets an opportunity to go up to the first team, if the manager is looking over to the bench, you have a player sitting there who is comfortable in both roles and he can also play in a back three. He knows how to play all these positions, he is well educated in each one, and is comfortable in any defensive system.

“Some players go through their whole careers just playing one position, but it is great as a player to have that flexibility in your footballing armoury. When you also have the appetite and aggression that Evan has, along with the talent, then you have a real chance.

“He has a big future ahead of him.” 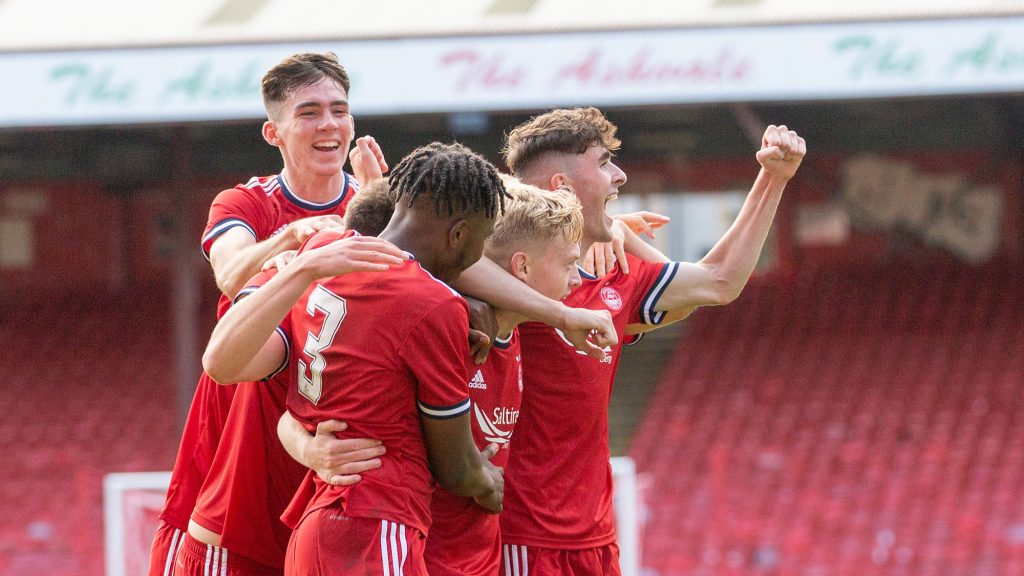