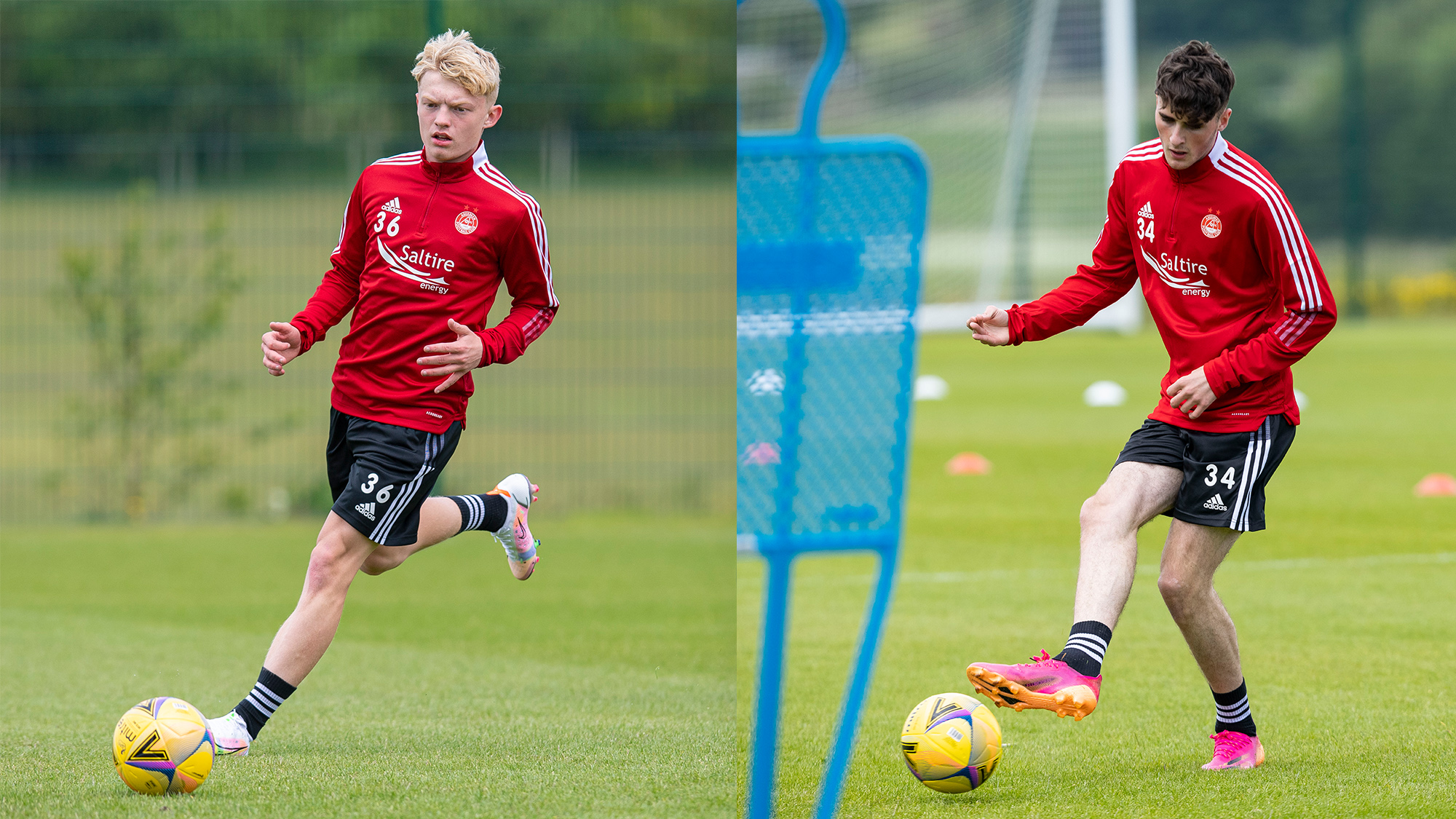 Kevin, an attacking midfielder, was a stand-out for the Under 18 squad over the past few seasons  and recently signed a three-year contract extension that will see him remain at Pittodrie until 2024.

The 18-year-old, former SFA Performance School pupil, has also been a regular in the Scotland international set up at Under 16 and Under 17 level.

Fellow Aberdonian Tyler is a central midfielder, who also attended the SFA Performance School at Hazlehead and impressed for the U18s two seasons ago when Barry Robson’s side reached the final of the Youth Cup before the season was cut short.

Tyler played for Formartine on Tuesday in a pre-season friendly against Turriff United and scored on his debut in a 3-0 win.

“Both Kevin and Tyler are players we have high hopes for and this loan spell in the Highland League will offer them the chance to gain some valuable minutes in a tough league.

“Formartine United is a good Club, with former Dons captain Russell Anderson, part of the coaching staff, alongside manager Paul Lawson, and will offer the perfect environment to continue their development whilst continuing to train with our first team.”

Already this summer Jack Milne has joined fellow Highland League side Brechin City on loan and Mark Gallagher is spending the season at Forfar Athletic. Mark scored the winner for Forfar against Brora Rangers in the League Cup last weekend.