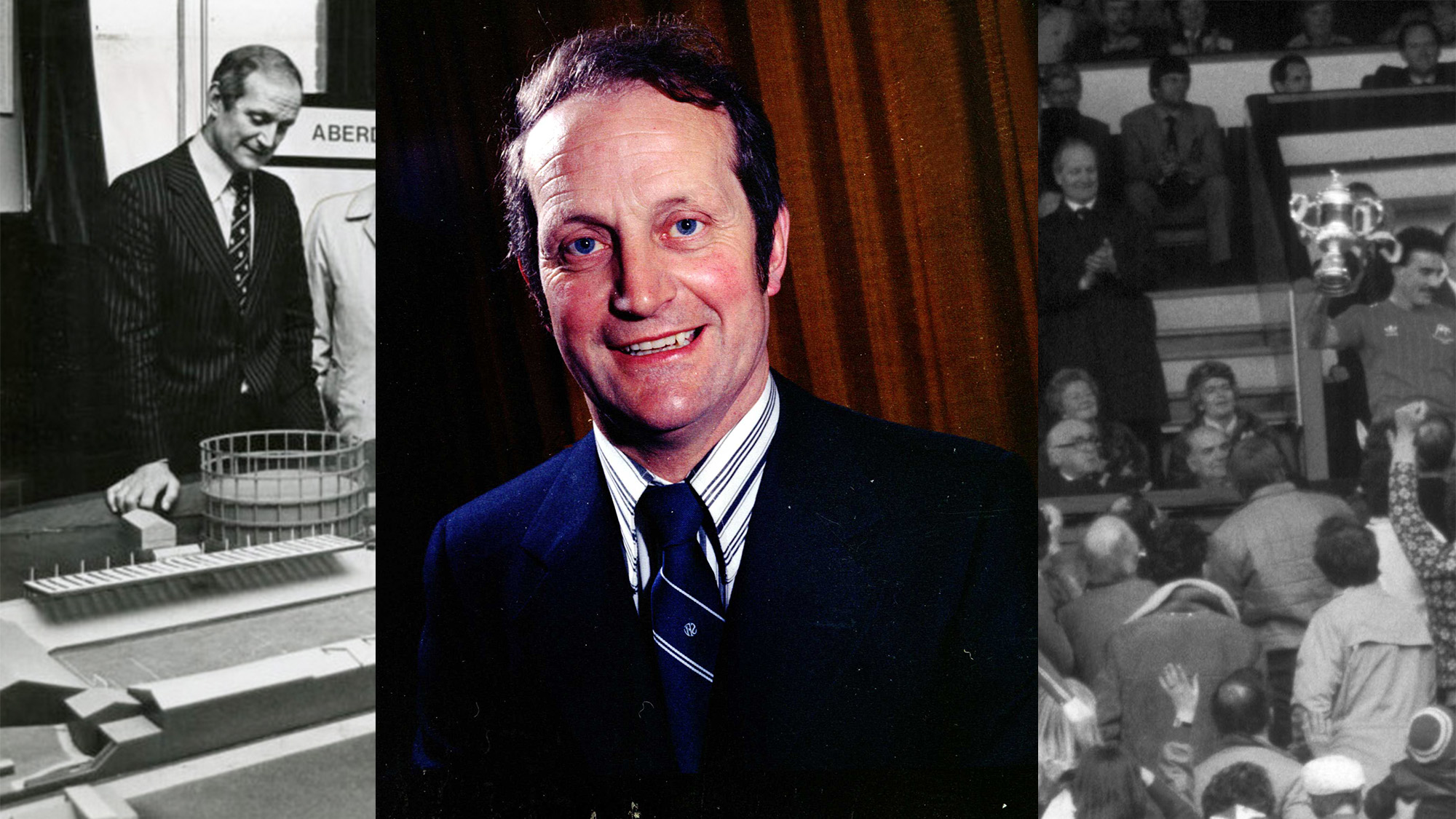 AFC is saddened to learn of the passing this week of Christine Anderson, wife of the late ex vice-chairman Chris Anderson.

Christine, who was greatly admired by all who knew her, was a good friend of AFC and was associated with the club for many years. She was still attending games until quite recently.

The contribution the family made to the club will never be forgotten.

Our thoughts are with their children Kay and Keith and the rest of the family. 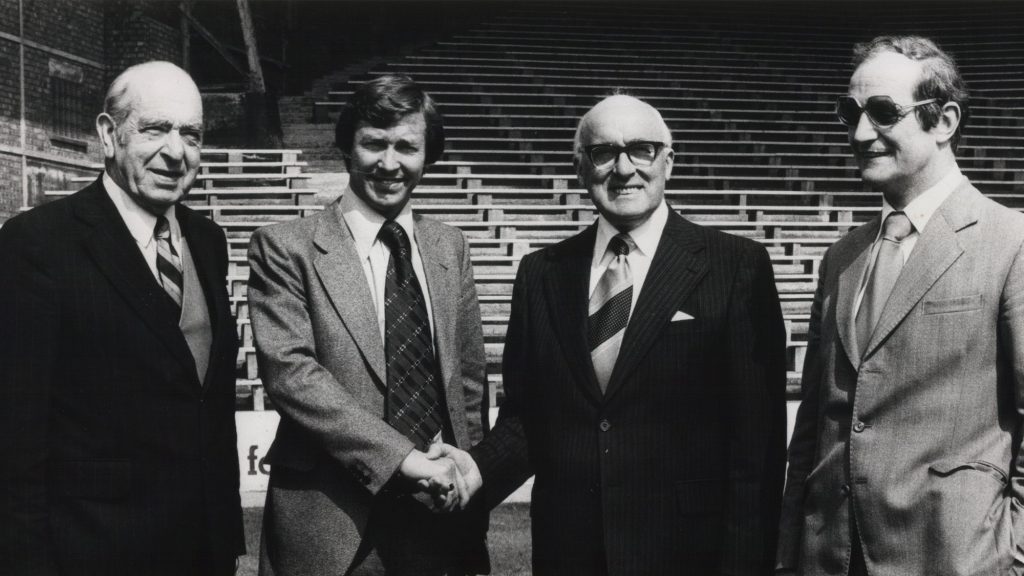 Perhaps better known for what he achieved off the field more than what he did on, but Chris Anderson was a vital part of the Aberdeen side in the late 40’s and early 50’s.

Chris, who was born in the Granite City, was a Scotland schoolboy International before he was signed by Aberdeen from Mugiemoss during the war in 1943. An accomplished wing half Chris made the first of his 102 Aberdeen appearances against Dundee on New Years day 1949.

Chris established himself in the first team and he was called up to represent the Scottish League in January 1951. However a knee injury sustained in a game against Celtic at Parkhead robbed him of the chance to gain a senior honour at international level. Perhaps his finest hour came in the Dons first ever Scottish Cup win over Celtic in Glasgow in February 1950.

Chris scored the only goal of the game and he was the driving force behind a famous Aberdeen victory. By 1953 and with the arrival of big money signing Jackie Allister from Chelsea, Chris was out of favour with manager David Halliday and he was transferred to Arbroath on 26th June 1953.

Chris Anderson returned to Pittodrie to join the Aberdeen board in 1967 and three years later he was appointed as vice chairman.
In his pivotal role at the club it soon became clear that Chris was a man of real vision and his forward thinking was behind so much of the improvements made by Aberdeen Football Club both on and off the field. 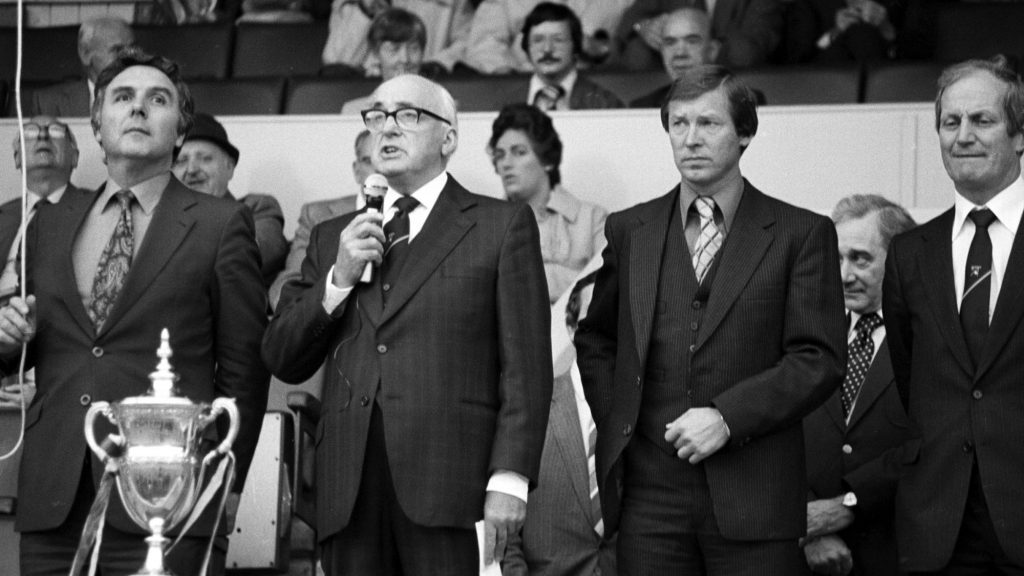 Along with his great friend Dick Donald, Chris was instrumental in bringing Pittodrie into a new era with the stadium becoming the first all covered, all seated ground in British football.

Chris Anderson was also the principal architect behind the inception of the Premier League in 1975 and was responsible for taking Alex Ferguson to Pittodrie in 1978.

Chris also had a distinguished career in education, and before his retirement he was secretary of RGIT, one of the best technology colleges in the UK, which later was granted university status.

He was awarded an OBE for services to both education and sport.

Tragically Chris was struck down by motor neurons disease. He continued to serve on the Aberdeen board in spite of his increasing disability. Chris attended the Scottish League Cup Final victory over Hibernian in 1985 known it would be the last time he visited Hampden with the Dons.

He has been there throughout the 1980s to see AFC win cup after cup and the part he played in the glory days should never be underestimated. By the time of the 1986 Scottish Cup Final against Heart of Midlothian, at the end of that season, Anderson was very ill. 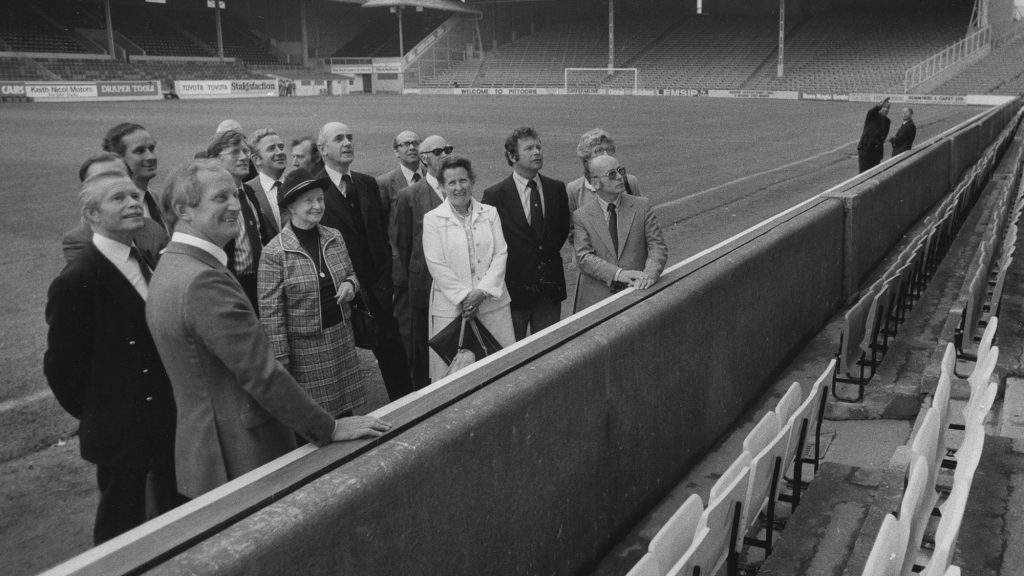