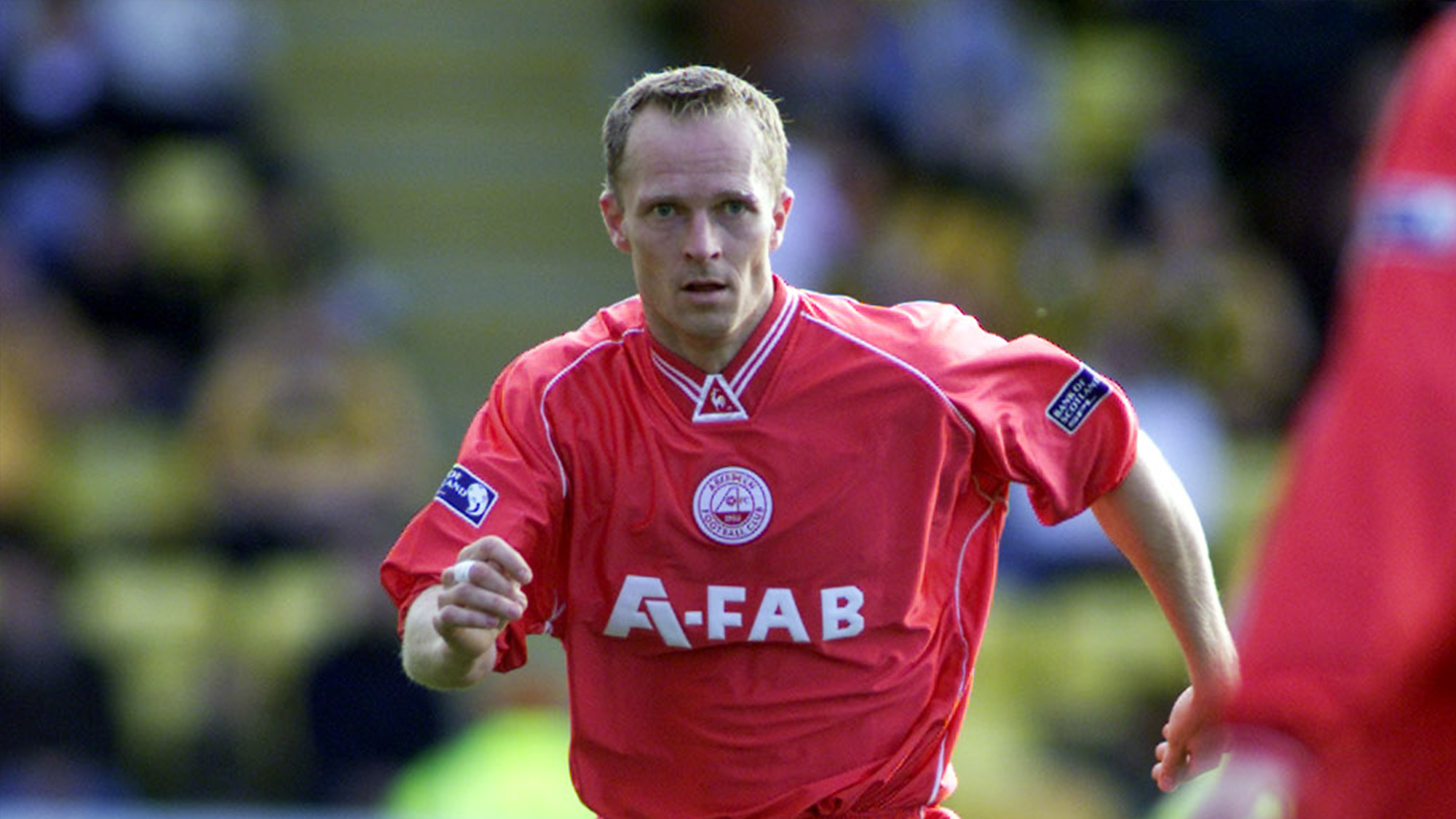 There have been a number of players who have played for both Aberdeen and FK Viking down the years – including Paul Kane, Maurice Ross and Thomas Solberg – the central defender was an Ebbe Skovdahl signing when the Dons paid Viking Stavanger £300,000 for his services.

Solberg began his career at Ekholt before joining Moss, the first of two spells with the club. In 1994, Solberg moved to Viking, where he stayed for over five years before an August 1999 move to Aberdeen.

After a three-year spell and over 70 appearances here, he decided to return home and rejoined Moss in March 2002.

Thomas has kept in touch with his former club and returned to Pittodrie, along with his family, just before the lockdown. 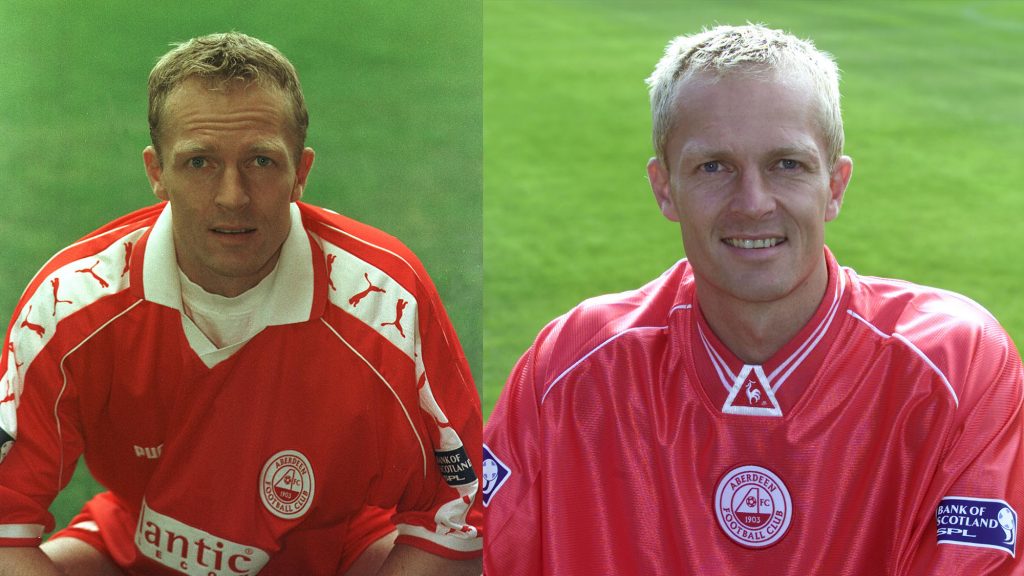 “It was nice to return to Pittodrie this year. The place has not changed too much, but I think that is a good thing. It still has the same nice atmosphere. My main memories are of a really nice club with really nice people. There were a nice bunch of players here as well.

“We loved Aberdeen. We lived in Kingswells. We did not know the area, but when we heard Stewart Milne was the Chairman and built houses, we went out there and had a look. We had three great years there. I see that the area has grown a bit since then!

“On the pitch, they were three quite eventful years. It started with two cup finals in my first season but when I arrived, we were bottom of the table and the team stayed there but we finally avoided relegation.

“The match that stood out during my Aberdeen career was that game at Motherwell in October 1999, not long after I arrived. When I came over, we had last our first six games, draw, our seventh and then we went down there and achieved our first victory, 6-5. It was a crazy match.

“My memories from that night, I got a yellow card early on and then had a really good tackle in the second half and the referee was running up to me with his hand in his pocket. I thought ‘Oh no’ and I pleaded with him, and told the referee I did not touch the Motherwell player. He asked me if I was sure and when I said I was, he said ok! It’s probably just as well we kept 11 players on the park or we probably would not have held on. 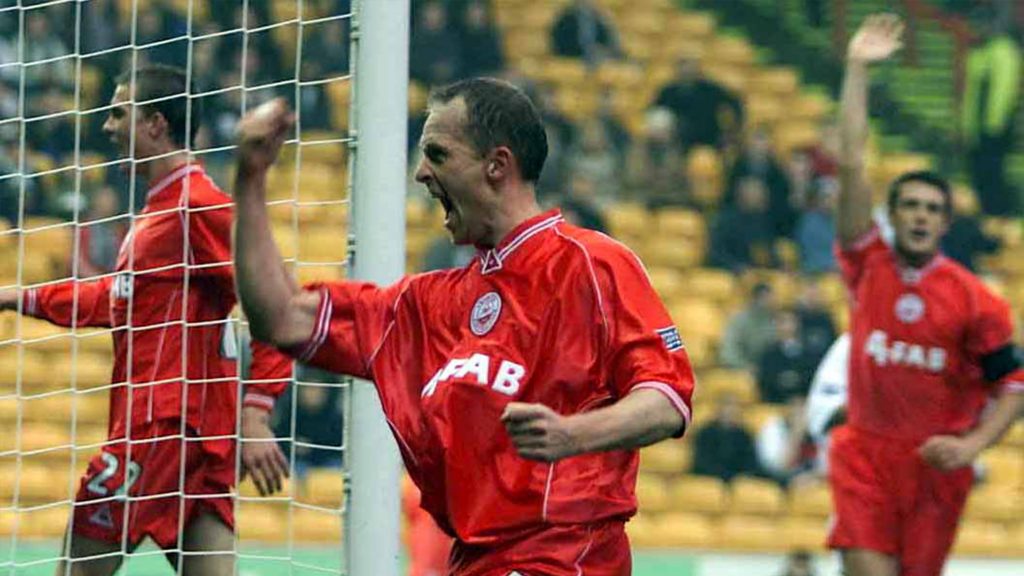 “I also remember around that time, Andy Dow getting booked for over celebrating for scoring our first goal of the season against Dundee United – after seven games!

“As I say, that season we had the two cup finals. I was sent off in the League Cup final and in the Scottish Cup final, Jim Leighton got injured and Robbie Winters had to go in goal. That was also crazy. I don’t remember who the other players were on the bench that day, but obviously Robbie put his hand up and said I will do it. And to be fair he did great. I thought we put up a good fight all things considered, but it was always going to be very difficult.

“I scored a few goals during my Aberdeen spell, I think five in 78 appearances. I don’t know why but I was awarded the penalties. I was happy to take them and scored a few.

“Ebbe Skovdahl wanted some Scandinavian players in his side but as the Danish players were quite expensive back then, he opted for three Norwegians instead. He was a different kind of manager, laid back definitely. He had his ideas, which kind of worked. He got us in better shape over time. He wanted a physical, strong team and he had his way of playing. In 2002 it started to come together.

“During my recent visit, I also got a look around Cormack Park which is such an impressive facility. I took my family to show them where I used to train – the pitch next to the sea! The winds some days were incredible so it has obviously been a good improvement! We also used the Barracks.
Coming from Norway, it was nice to be able to practice on grass the whole year round. We thought that was great.

“During the last 20 years, I have not been involved with too much football apart from coaching my kids at the local club whilst also managing a sports centre which I co-own back in Moss. I have been doing that since I retired from the game back in 2002. I have been staying quite healthy and active, but have not been involved with football at a high level.

“I still keep in touch with the Norwegian players who were here at that time. Cato Guntveit, we keep in touch regularly and we both follow the club through the website and when the Aberdeen are games on TV. I know he was back for a game last season as well. For both of us, it will always have a special place in our hearts.” 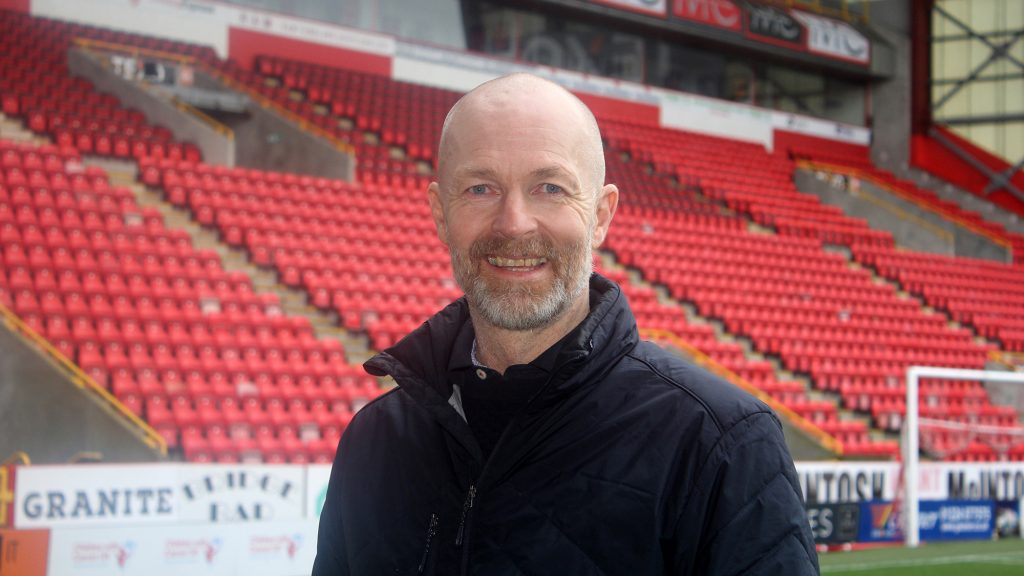