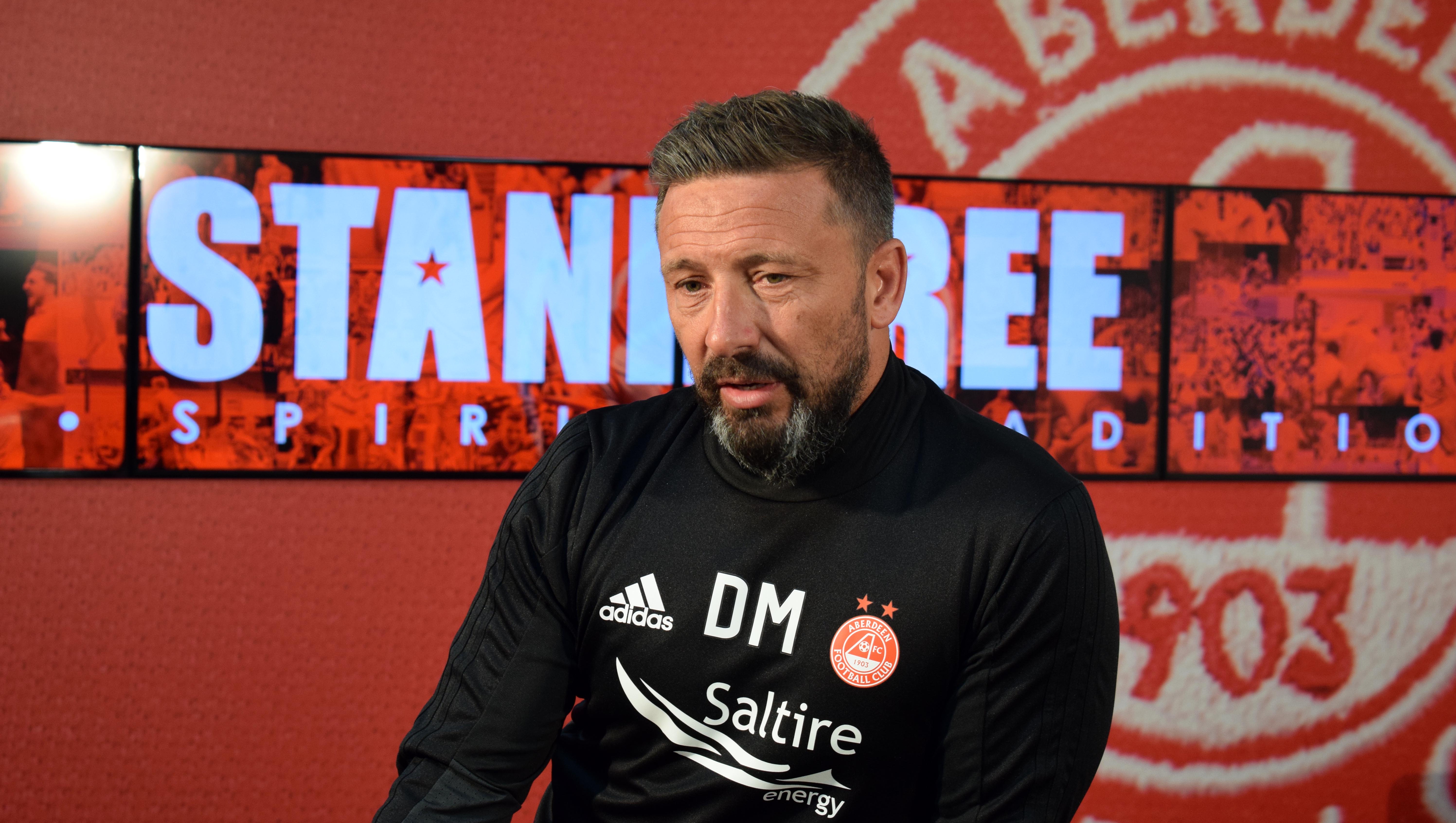 The manager talked to RedTV this morning as the first team returned for pre-season:

The manager talked to RedTV this morning as the first team returned for pre-season:

REDTV | to watch the interview in full please click here

“Firstly, it is great to be back.

“The first day of pre-season has always got that bit of nervousness about it for the players. They will probably be dreading a lot of the work that will be coming their way. The good thing for us is that we have the experience of having these shorter breaks and it really is just about firing them up again and getting them ready for the Europa League.

“The last time we saw the players was the aftermath of the cup final. It is good to get back in with a fresh approach for the season ahead. A few players have left which we spoke about after the cup final. Unfortunately, Jonny has left now as well. It is a blow but for me it was expected. I had an understanding with Jonny after we knocked back the Cardiff bid in January that we would not stand in his way as long as he knuckled down and helped us to secure second and tried to help us win the Scottish Cup. Jonny deserves great credit for his performances on the park and his whole attitude. There were a few clubs interested but Celtic were the favourites in Jonny’s eyes. He wanted to go and work with a manager he knew from before.

“Whilst it is always disappointing to lose your best players, and Jonny was certainly that for us, and I can understand any frustration from supporters. There is a recognition though with Jonny of how well he did for us and how he left the club in the right way. His performance in the cup final mirrored a lot of his performances for us over the past few seasons. He will be a miss and we wish him well. I think he will be fondly remembered and well received when he comes back here at any time.

“We tried hard to get Ryan Christie on a permanent deal. That was probably well documented. We put in a couple of very strong offers, offers which we thought would be accepted but then Celtic said he was not for sale. We were keen to get him on a permanent for loads for reasons. I wanted him to be an Aberdeen player. We did not want to have any restrictions in terms of a loan agreement and not being able to play against Celtic. But Celtic made it clear that Ryan still had a future with them down the line but they did recognise that his loan last season was good for Ryan and it certainly was for us. If he can replicate some of the form he showed and even give us a bit more this season he will be a fantastic signing. A brilliant boy. An absolute pleasure to work with. He made a big impression with everyone here this year.

“He brings you goals from a wider area or from a centre position behind a striker. I think he will do exactly that again. Delighted to get the opportunity to work with him and I am sure the supporters will echo that.

“We target players and we normally end up getting them. We maybe don’t always get them straight away! Greg Tansey is someone I have been keen to work with for a long time.

“Delighted to get him in. “We have had to be patient. He has been patient with us. there is no doubt the quality that Greg possesses. He has a great set play delivery which is important to us especially with Niall leaving. He adds goals from the middle of the park which is always an added bonus. He handles the ball well technically. Very competent. A good size. A good personality to play for the team as well. He is also a good age and he knows the league. He knows us. Hopefully working with us we will get even more out of him. We will give him the opportunity to be the best player he can be.

“We are going to make a few more signings but there will be no better news than us signing Joe Lewis on a longer term deal. Joe has been magnificent from day one. He has made a big impression on our supporters. He gives us confidence and assurance and a real high level of goalkeeping. He loves it here. He is buying a house in the city. His family are settled here. He has been made to feel very welcome by the supporters – probably because he has been doing so well! That always helps.

“Joe is an integral part of what we want to do.

“Any monies we have available from the sale of Jonny or with the budget that we have, it is important that we not only try and bring good players to the club but we try and re-sign and keep our better players. Joe will hopefully be the first of a few that can put pen to paper and re-sign.

“We had lots to think about over the summer. I had decisions to make and lots to consider but what is clear is I have always felt that there is work to be done here. I love the club. I love working here. We have been given assurances that we can go and reshape the squad. I actually think reshaping the squad is not a bad thing. Losing key players does not need to have a huge impact on us. Losing players is something we have not been used to. We have managed to keep the majority of the team together and that consistency has helped us. But hopefully with the good players that we have already got, plus adding other good players, it will be quite seamless with Tony and myself staying.

“I still feel we have lots to do here.

“I am very ambitious and still want to push myself. Some opportunities might come around in the future, the same as it does for players, but for me the opportunity to keep working here was the biggest factor.

“The cup final was a brilliant reflection of what we are as a club. Although we did not win the game, I think we came out of it with a lot of credit. Ultimately football is about winning but what we need to try and take from the experience is the confidence from the performance, the attitude of the support and the way they got behind the team. We acted like a big like club on the day. We are used to being at Hampden now. But it is important that we try and increase the numbers and generate an atmosphere like that at Pittodrie. People say it is an old stadium but we have had some fantastic nights when this place is rocking with a full house getting behind the team. We need to generate that. We need more supporters committing to try and get full value for this team. We want to try and maximise what we are. The more supporters that come to Pittodrie, the more scope we have to do things.

“We will try and make the signings that helps keep our standards and helps us to push on this season. I am very confident that will be the case that will play out over the next few weeks. The domestic season is still a long way off but we hope to try and make a few signings before the European deadline.

“Rest assured the work is being done to bring in the level of player that is expected to meet the demand here.
“We have had some good European nights at Pittodrie in recent seasons. The crowd have played their part in that. I think the crowd have always been understanding of dealing with European football and I think there is an intelligence to that. Whether we have come back from an away tie and had to manage the game or whether we have started as we will do this year with the home time first, with the importance of trying not to concede but also showing the real us and play at a tempo that suits our game. The crowd have always been quite understanding and respectful of that. The atmosphere they have created in the home ties has been fantastic.

“We are going to have a tough game. I think that is clear. We have already looked at both teams and we will have a better look at them in the first leg on Thursday. We will start to get a good handle of where they are. I think what is clear from both teams, whoever we get will provide a challenge for us. We just have to make sure that we are ready. We have the luxury and the experience of always making sure we are game ready for that first tie regardless of the time we have to work with the players. This season we are trying to integrate a few more players than normal but hopefully we can still hit the ground running and bring a standard of performance that we are used to.”

Joe Lewis | on his contract extension

Joe Lewis | on his contract extension